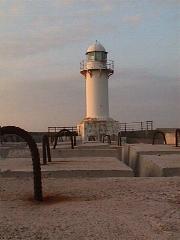 New Scientist reports how the South Gare lighthouse at Redcar on England’s North Sea coast is now powered by a hydrogen fuel cell:

The Soviet Union once powered lighthouses on its Arctic coast using radioactive batteries, leaving its successors the problem of disposing of the nuclear waste. Now a cleaner technology is being harnessed to power lighthouses in remote places: fuel cells. A consortium led by CPI of Wilton, Teesside, UK, is using a fuel cell to power the South Gare lighthouse at Redcar on England’s North Sea coast. It was previously prone to power outages when the mains power cable was damaged by the wind and heavy seas. CPI has proofed its fuel cell against the ravages of salty air and seawater, and has developed a novel water-based cooling system for it, too.

Reports are the fuel cell is working well, and the lighthouse is visible from 25 miles out at sea, as it always was.