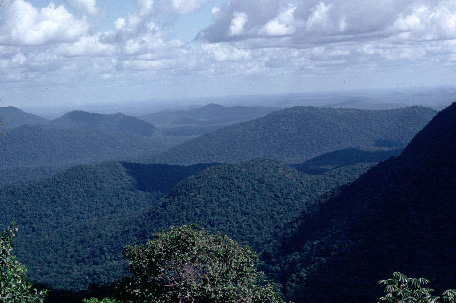 The Independent tells a great story of South American nation Guyana preparing to cede control of its tropical forest to a British-led, international body in return for a bilateral deal that would secure development aid for shifting the country to a green economy. Guyana, a former British colony, possesses an intact rainforest larger than England.

The deal would represent potentially the largest carbon offset ever undertaken, securing the vast carbon sinks of Guyana’s pristine forest in return for assisting the economic growth of South America’s poorest economy. Speaking in his office in the capital, Georgetown, on the Caribbean coast, Guyana’s President, Bharrat Jagdeo, said the offer was a chance for Britain to make a “moral offset” and underline its leadership on the most important single issue facing the world—climate change. “We can deploy the forest against global warming and, through the UK’s help, it wouldn’t have to stymie development in Guyana.”

Scientists working in the Iwokrama Reserve in central Guyana estimate the forest holds close to 120 million tons of carbon—an amount equivalent to the annual emissions of the UK. The reserve is part of the Guyana Shield, one of the last four intact rainforests left in the world, home to mountains, 200 lakes, rivers flowing over volcanic dykes, lowland tropical rainforests, palm forests, and sheltering some of the world’s most endangered species, including jaguars, harpy eagles, giant anteaters, giant river otters, anacondas, black caimans and giant river turtles.