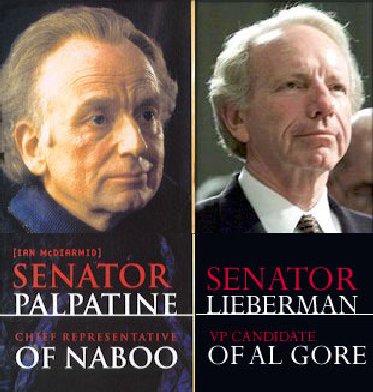 What on earth is up with Joe Lieberman? Maybe it really ticked him off when so many members of the Democratic establishment endorsed his opponent in the last Connecticut senate race (even though that opponent was the Democrat). Maybe he really can’t see beyond the war in Iraq. Maybe he’s just a Democrat In Name Only (DINO) at this point. Maybe he’s an egomaniac crazy for attention.

John McCain is really cleaning up in the Very Serious Person electorate, what with his multiple newspaper endorsements yesterday and now this. It’s just a matter of time until David Brooks and David Broder start writing slobbering editorials calling for a McCain-Lieberman centrist ticket.

Update: After the jump, video of Lieberman in a 2006 senate debate stating that he wants a Democratic majority in Congress and a Democrat in the White House.