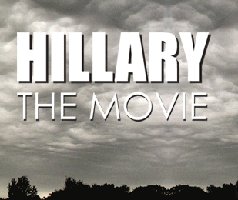 During the 1990s, U.S. District Court judge Royce Lamberth earned a reputation as a Clinton basher on par with independent counsel Ken Starr. In 1993, the Reagan appointee fined Ira Magaziner nearly $300,000 for lying in court about the makeup of Hillary Clinton’s health-care task force. Lamberth allowed Judicial Watch bulldog Larry Klayman to depose scores of White House staffers in lawsuits most judges would have quickly dismissed. In one of those suits, the judge accused President Clinton of criminal behavior and asked the U.S. Attorney for the District of Columbia to investigate the president’s alleged violation of the Privacy Act. And in 1999, he fined former Interior Secretary Bruce Babbitt and Treasury Secretary Robert Rubin more than $600,000 and found them in contempt of court in a lawsuit filed by Native Americans over a trust fund held by the Interior Department.

Lamberth, though, may end up sparing Hillary Clinton from an onslaught of dirty political ads sponsored by one of her long-time right-wing adversaries that’s slated to begin on Monday. On Thursday, Lamberth sat on a three-judge panel to hear a constitutional challenge to the 2002 McCain-Feingold campaign-finance law filed by the rabid conservative group Citizens United. Citizens United has sued the Federal Elections Commission (FEC) in an attempt to air TV ads about a “documentary” film bashing Hillary Clinton during the election season without complying with federal campaign-finance laws.

Hillary: The Movie is scheduled to screen in six states starting right here in Georgetown and then moving to Las Vegas just in time for the Nevada primary, wrapping up in California in early February. Citizens United will also be selling DVDs and running TV ads to promote the movie. Hillary is headlined by a full complement of red-meat regulars who proclaim the New York senator unfit to hold office, call her a liar, and brand her a “European Socialist.” Ann Coulter provides the only generous comment about Hillary (“looks nice in a pantsuit”).

Citizens United wants Lamberth and his colleagues to rule that its anti-Hillary materials are “issue-oriented” speech and thus exempt from campaign laws that would force the group to disclose its donors. No doubt Citizens United had hoped that Lamberth, with his conservative bona fides, would be sympathetic to its arguments that its new anti-Hillary movie is a fine piece of investigative reporting and not, in fact, a 90-minute campaign ad. Instead, the maverick judge suggested that Citizen United’s arguments didn’t pass the laugh test, and probably for good reason, given the group’s storied history of throwing mud that GOP candidates don’t want to throw themselves.

The group’s former chairman, Floyd Brown, is most famous for helping create the Willie Horton ad that sunk Michael Dukakis in 1988. Through a group affiliated with Citizens United, Brown actually ran the ad showing Horton’s mug shot, which the Bush campaign itself did not because to do so was so clearly racist. In 1992, Brown created an ad that gave voters the opportunity to “get to know Bill Clinton” by paying $4.95 to call in to hear a snippet of taped calls between Bill Clinton and Gennifer Flowers.

During the 2004 presidential election, Citizens United ran some biting ads against John Kerry that dubbed him a “man of the people” while ticking off his substantial financial assets. The group has worked with some of the best and brightest of the GOP attack-ad makers, including Alex Castellanos, who produced the famous ad against Al Gore that used subliminal messages to brand him a “rat.” The group also produced an ad praising George Bush for invading Iraq that was narrated by Fred Thompson, who of course is now running for president himself.

The group has a special loathing for Hillary. President David Bossie worked as an investigator on a Senate Whitewater committee, and according to the Atlantic Monthly’s Josh Green, he has been waiting for years to unleash his attack on her. Four years ago, Bossie showed Green the “Sierra Madre of opposition research” he has assembled in his Capitol Hill basement that’s been sitting there just waiting for Hillary to run for president.

Now that its time has come, Citizens United is ready to roll with its new campaign. Naturally, though, it doesn’t want to disclose who’s paying for it all. It faced a similar problem back in 2004, when it sought to launch a similar media campaign against John Kerry. The FEC ruled that the group could not use unregulated contributions to promote a book and documentary bashing Kerry during the election.

This time around, Citizens United has taken a more proactive approach. In December it sued the FEC, arguing that its film and ads promoting it are protected commercial speech and shouldn’t be subject to donor-disclosure rules. It asked a federal court for an injunction that would allow it to air the ads unfettered. In its brief, Citizens United claims that it is a media outlet, not a political group. As evidence, it points to its other documentary films, such stellar entries as Celsius 41.11: The Truth Behind the Lies of Fahrenheit 9/11; ACLU: At War With America; and Broken Promises: The UN at 60.

Lamberth and two other federal judges heard arguments in the case in D.C. on Thursday. Despite his conservative rep, he wasn’t too impressed with Citizens United’s point of view. The AP reports this exchange from the bench between Citizen United’s lawyer and the judges:

Attorney James Bopp argued that they should be considered “issue-oriented” speech because viewers aren’t urged to vote for or against the Democrat.

“What’s the issue?” asked Judge A. Raymond Randolph, a federal appeals judge sitting on a mixed panel to review the case.

“That Hillary Clinton is a European Socialist,” Bopp replied. “That is an issue.”

“Which has nothing to do with her campaign?” U.S District Judge Royce C. Lamberth interjected.

“Not specifically, no,” Bopp replied.

“Once you say, ‘Hillary Clinton is a European Socialist,’ aren’t you saying vote against her?”

Bopp disagreed because the movie did not use the word “vote.”

“Oh, that’s ridic. …” Lamberth said, trailing off and ending the line of questioning.

According to the AP, Lamberth laughed out loud from the bench when Bopp suggested Hillary: The Movie was similar to investigative news shows like 60 Minutes. “You can’t compare this to ’60 Minutes,'” the judge said. “Did you read this transcript?”

A spokesman from the FEC says the panel is expected to rule on the matter shortly. Given the yuks from Lamberth, the folks at Citizens United probably shouldn’t hold their breath.