Vice President Cheney took to ABC to call the war a “major success” and to dismiss the will of the American public:

CHENEY: On the security front, I think there’s a general consensus that we’ve made major progress, that the surge has worked. That’s been a major success.

MARTHA RADDATZ: Two-third of Americans say it’s not worth fighting.

RADDATZ So? You don’t care what the American people think?

CHENEY: No. I think you cannot be blown off course by the fluctuations in the public opinion polls.

While we’re contemplating whether we still live in a representative democracy, let’s take a look at some long-term Pew polls that illustrate exactly what the American people think.

Three neat graphs from the good folks at Pew: 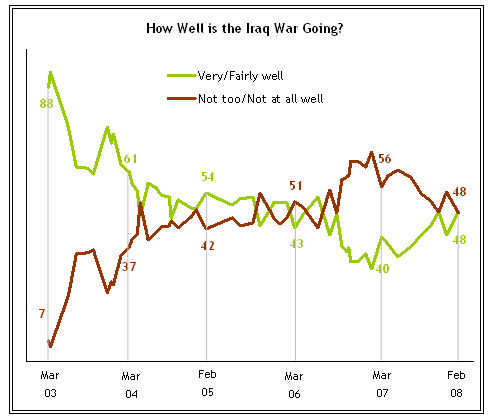 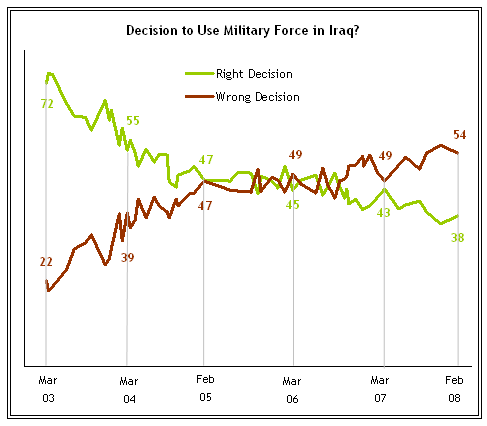 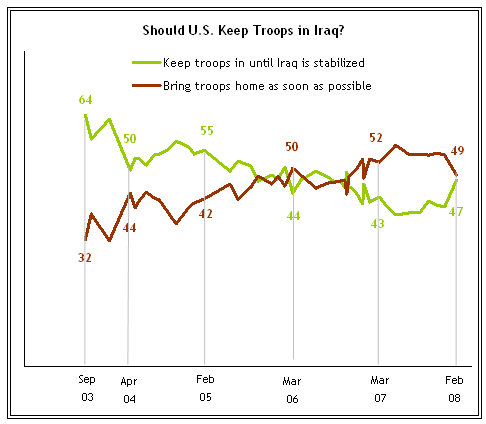