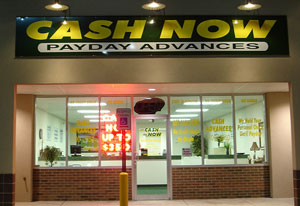 The Christian Right has used the Bible to bolster many a political issue, from abortion to stem cell research. Strangely enough, however, they seem to have missed one of the biggies: the Bible’s many injunctions against usury, or predatory lending to poor people. The Bible is far more explicit in its disapproval of usury than, say, gay marriage. (The book of Ezekiel compares usurious lending to extortion and murder for hire, in fact, and threatens major hellfire for those who practice it.) Yet in parts of the country where the Christian Right wields the most political power, usurious payday lending has flourished more than anywhere else in the U.S., according to a new study by Christopher Peterson and Steven Graves.

Today’s payday lenders charge around 450 percent interest on short-term loans, rates ten times higher than the federal definition of criminal loan sharking and nearly double what the Mob charged in its heyday. Peterson’s home state of heavily Mormon Utah ranked high on the list of havens for payday lenders. The state claims more payday lending outlets than McDonalds, Burger Kings, Subway sandwich chains, and 7-11s combined, and has failed to pass even modest restrictions on allowable interest rates that exceed 500 percent a year, among the highest in the nation. (One reason may be that the chairman of the Salt Lake City Republican Party, former State Senator James Evans, himself owns several payday-lending outfits.)

Peterson and Graves decline to speculate as to why devout Christians and Mormons who wield considerable political clout continue to tolerate practices that are so clearly at odds with Biblical teachings. They simply attempted to point out the correlation, writing that sadly, “Those states that have most ardently held to their pious Christian traditions have tended to become more infested with the progeny of money changers once expelled by Christ from the Hebrew temple.”