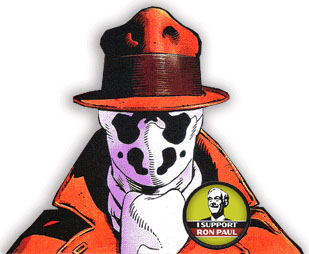 DC Comics has just announced that it’s sending its characters into the most terrifying parallel universe yet: the American political system. At a comic-con last week, the publisher’s executive editor talked about its upcoming “DC Decisions” series, in which members of the DC universe will declare their partisan affiliations. “Everyone’s talking politics; it’s an elections year, and we’re going to try to see how the characters of our universe react to that,” he said, which I think means that his writers have completely run out of material. So now that superheroes are going to start meddling in domestic politics, which way will they swing politically? A few guesses at some of the exciting partisan plot twists to come, after the jump.

Robin: “Ward” of aging, super-wealthy crime fighter
Plot twist: Embarrassed when alternate-universe Obama is forced to declare that “Earth-Two Dick Grayson does not speak for me.”

Wonder Woman: Broke the glass ceiling in her invisible jet.
Plot twist: Once used her bracelets to deflect Bosnian sniper fire during a top-secret mission.

Supergirl: Superman’s cousin and occasional jailbait.
Plot Twist: Retreats to the Fortress of Solitude after her “I’ve Got a Crush on Kucinich” video is leaked.

All Paulite and DC fanboy hate mail in the comments, thanks!