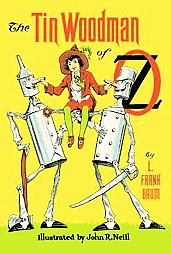 John McCain supports the Climate Security Act. He just isn’t going to vote on it. Grist calls him the Cowardly Lion for missing the vote for the act he professes to fervently desire. “I hope it will pass, and I hope the entire Congress will join in supporting it and the President of the United States would sign it.” The entire Congress except him, that is. He’s not going to vote because that would blemish his spotlessly voteless record—you know, the one the League of Conservation Voters gave him a resounding, deafening 0% score on for his total absence of votes on environmental issues. Grist reports his confession and justification: “I have not been there for a number of votes. The same thing happened in the campaign of 2000. The people of Arizona understand I’m running for president.”

Okay, let’s get this straight. In order to practise for being president, apparently you must also learn to hone your skills at hiding out inside your plane on the runway while important legislation about the future of life on Earth is decided without you… Is McCain Cowardly Lion or Tin Man? Has anyone checked his empty chest for a heartbeat lately?