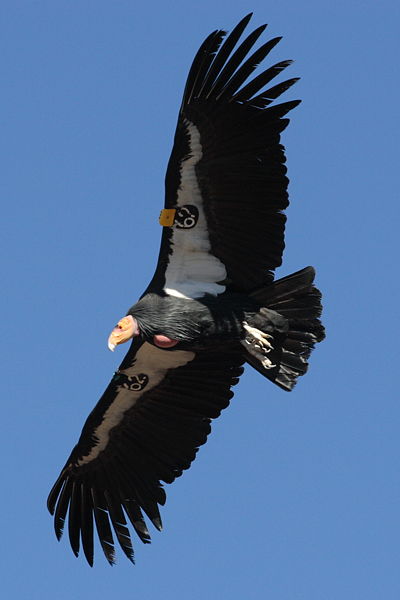 Eight endangered California Condors were evacuated by helicopter from their holding pens after the Gallery Fire (now part of the Basin Fire Complex) cut off the road into their facility. Seven of the rescued birds are less than a year old, and the eighth condor is their mentor.

The Herald of Monterey County reports that a three-person crew from the Ventana Wildlife Society was flown in by the Coast Guard, walked a mile from the drop point to the condors, and brought the birds back in carriers. After their helo flight, the condors were driven to Pinnacles National Monument.

Meanwhile, the National Interagency Fire Center reported yesterday that 1,080 new fires ignited in California over the weekend. You can see from their site how enormous the problem is. Some fires are actually complexes of 150-plus fires. Most are still zero percent contained.

Cooler weather is helping along the coast but let’s face it, some of these fires are going to be burning for a long time. Maybe until snow falls.