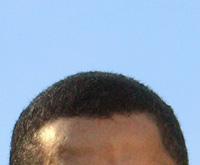 From time to time, you’ll hear a high-minded liberal (one who probably doesn’t worry about his manufacturing job getting shipped overseas, for example) express support for Obama because of his “intellectual habits.” The Senator from Illinois isn’t a knee-jerk Democratic Party loyalist, they say. He seeks out opposing view points and assimilates their best arguments into his own thinking. Today, Cass Sunstein, a University of Chicago law professor and a friend of Obama’s, posts an example of how this plays out in real life. (Note: Sunstein is an informal adviser to Obama and is mentioned as a possible Supreme Court pick in an Obama administration. So take this with the appropriate grain of salt.)

Not so long ago, the phone rang in my office. It was Barack Obama. For more than a decade, Obama was my colleague at the University of Chicago Law School.

He is also a friend. But since his election to the Senate, he does not exactly call every day. On this occasion, he had an important topic to discuss: the controversy over President George W. Bush’s warrantless surveillance of international telephone calls between Americans and suspected terrorists. I had written a short essay suggesting that the surveillance might be lawful. Before taking a public position, Obama wanted to talk the problem through. In the space of about 20 minutes, he and I investigated the legal details. He asked me to explore all sorts of issues: the President’s power as commander-in-chief, the Constitution’s protection against unreasonable searches and seizures, the Foreign Intelligence Surveillance Act, the Authorization for Use of Military Force and more.

Obama wanted to consider the best possible defense of what Bush had done. To every argument I made, he listened carefully and offered a specific counter-argument. After the issue had been exhausted, Obama said that he thought the program was illegal, but now had a better understanding of both sides. He thanked me for my time.

This was a pretty amazing conversation, not only because of Obama’s mastery of the legal details, but also because many prominent Democratic leaders had already blasted the Bush initiative as blatantly illegal. He did not want to take a public position until he had listened to, and explored, what might be said on the other side. This is the Barack Obama I have known for nearly 15 years–a careful and even-handed analyst of law and policy, unusually attentive to multiple points of view.

This gets to the heart of why Obama can simultaneously be ranked (erroneously) as the most liberal member of the Senate and yet also be considered post-partisan. Obama “has a genuinely independent mind, he’s a terrific listener and he goes wherever reason takes him,” writes Sunstein. “Obama is a pragmatist, first and foremost, and he defies the standard political categories. In this sense, he is not only focused on details but is also a uniter, both by inclination and on principle.”