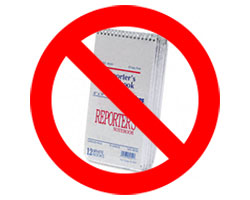 John McCain has cultivated the rep of a politician unafraid of questions. When he campaigned for president in 2000, he often hung out with reporters on his bus and fielded questions until the journalists were out of queries. In the 2008 campaign, as he did eight years earlier, McCain has held town hall meetings during which he called on attendees who were obviously not McCain supporters. (It was during one such exchange that McCain said it would be “fine” by him if U.S. troops remained in Iraq for “a hundred years.”) So why then does it seem that the McCain campaign has been screening questioners during the conference calls featuring campaign aides and top-level surrogates it mounts for reporters?

In the 2008 campaign, conference calls with reporters have become an essential part of candidates’ media operations. During the most heated days of the Barack Obama-Hillary Clinton contest, both campaigns arranged at least one conference call a day (sometimes there were more). “Our calls were open to all press — national, local, and online,” says Howard Wolfson, who was communications director for the Clinton campaign. “Although from time to time we tried to give priority to local press in whatever state we happened to have a primary, we never screened reporters or questions.” And Tommy Vietor, a spokesman for the Obama campaign, says, “We don’t screen our calls.”

For these calls, reporters dialed a toll-free number and were quickly connected to the call in a listen-only mode. After the campaign spinners and surrogates finished their opening remarks, the journalists fired questions at them. (To ask a question, reporters merely had to punch *1 on the keypad and get in line.) Hillary Clinton’s aides often remained on the line for an hour or longer to answer a great many questions covering assorted topics. Obama’s advisers were stingier with their time; consequently, many reporters did not get a chance to ask anything. But both campaigns took questions on a first-come basis, without the campaign aides knowing which reporter was on the other end when his or her line was opened. For the aides, it was sort of like holding a press conference in a totally dark room. When the operator said, “next question,” they had no clue who would be in the interrogator’s seat.

This is not how the McCain campaign does it. When a reporter calls in for a conference call, he or she is asked by an operator to provide his or her name and media outlet. Then when it comes time for questions, there is a long pause–long enough for someone in the campaign to select whom should be called on. This has caused several journalists who have participated in these calls to wonder: is the McCain campaign screening reporters, and, if so, on what basis? A reporter for a progressive media outlet says that he has tried at least half a dozen times to ask a question on a McCain conference call and has had never been selected.

The same has happened to me. No matter how quickly I press *1, I’m never afforded the opportunity to pose a question. During a June 27 McCain campaign call with former Republican Massachusetts Governor Jane Swift (who was deriding Obama for holding a unity rally with Hillary Clinton at Unity, New Hampshire), I raised my hand, electronically. Two reporters were called on–one from AOL News, the other from the Tampa Tribune–and then the McCain aide hosting the call said, “Seems we are out of questions,” and ended the call. My hand was still up.

The easy suspicion is that McCain aides are playing favorites and are not as enthusiastic about confronting tough questions as their boss. During a July 1 McCain campaign call featuring Senator Lindsey Graham and Orson Swindle (who was a Vietnam POW with McCain), only two questions were taken–both from conservative bloggers. The first came from Ed Morrissey, who asked Graham and Swindle, “Can you explain the significance of John McCain’s command experience in the Navy…as well as whatever leadership he has shown in the Senate….and can you address…that Barack Obama doesn’t have any executive experience at all?” The next query came from Matt Lewis. Referencing retired General Wesley Clark’s recent comment that McCain’s military service and POW experience did not qualify him to be president, Lewis asked Graham and Swindle if Clark’s remark was part of “a concerted effort by the Obama campaign, or can liberals simply not keep themselves from attacking the military?” Then the call was over. Had it been merely a coincidence that the only questioners had been rightwing bloggers who had served up soft balls?

Despite McCain’s obvious fondness for talking with reporters, his campaign, curiously, seems to be limiting access to his aides and surrogates. One campaign reporter says that after he published stores that were not to the liking of the McCain campaign, its press office threatened to cut him off. And several weeks ago, during a conference call, an operator came on the line and told me that I “was no longer needed” on the call. Though I explained I was a journalist listening to the call, the operator said he had been told to unplug me. I protested the decision, and he said he would check and get right back. The operator never returned, and I remained on the call. But during the question period, I was not called on.

In an email, I asked Jill Hazelbaker, McCain’s communications director, if the McCain campaign was screening reporters in an attempt to manage the conference calls. She did not reply. I called the campaign’s media office and posed the same question. The woman who answered placed me on hold. A few moments later, she told me that a press officer would soon call with an answer. No one ever did.

For an update on this story, including a McCain campaign response, check out MoJo Blog.