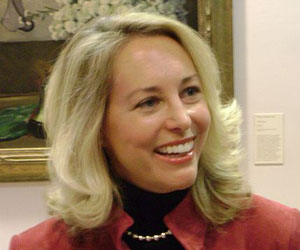 Mother Jones: What is Bush’s legacy regarding intelligence?

Valerie Plame Wilson: The hardest thing to fix about President Bush’s legacy regarding the US intelligence community will be our ability to objectively assess threats to national security, which has been seriously compromised because of the creeping politicization of the entire intelligence apparatus. The increased politicization undermines our capability to provide unbiased and unvarnished intelligence to senior US policymakers, leads to policy judgments that are not sustained by the facts, and makes us even more vulnerable than we were on 9/11. Although the intelligence community has always been susceptible to the political vicissitudes of the moment, the abrupt and dramatic increase in this drift since 2000 has done serious damage to our collection and analytical capabilities.

Every American, no matter what his political inclination, wants to believe that the intelligence that lands on the president’s desk is completely devoid of ideological taint or political bias. The intelligence presented should be “just the facts.” Indeed, that is what most intelligence professionals pride themselves on—the ability to lay out the known facts, regardless of how they might be accepted.

Politicized intelligence undermines the national security mission, degrades morale, and ultimately cheats American citizens. From the unprecedented number of trips by Vice President Cheney and his then chief of staff I. Lewis “Scooter” Libby to CIA headquarters in the run-up to the war with Iraq to meet with analysts, to the leak of a covert operations officer’s identity to satisfy petty partisan aims, we are deep into a period of politically distorted intelligence.

The problems caused by politicization of our intelligence are significant. Some of the most disturbing trends are the current heavy reliance on contractors. It is estimated that some intelligence entities within the IC devote up to 70 percent of their resources to contractors. Allowing the private sector to be so heavily involved in the intelligence business is counterproductive for several reasons. First, it fosters an atmosphere of cronyism and patronage that is unhealthy in a functioning bureaucracy. Unbalanced reliance on contractors erodes institutional knowledge and quality. Also, there is the ideological question of how much of our national security collection functions we believe it is prudent to outsource? To whom are the contractors ultimately loyal—their government or their corporation? Our national security depends upon it.

And there’s the failure of Intelligence Identities Protection Act (IIPA) as currently written. This 1982 law clearly needs to be edited and tightened to ensure that any future intentional leak of a covert CIA operations officer’s identity can be fully and swiftly prosecuted.

MJ: Any easy fixes to the legacy that Bush has left for the intelligence community?

VPW: No. But the next administration can take a step in the right direction by placing people devoted to the rule of law, and who uphold the Constitution above all other allegiances, into positions of power and influence.