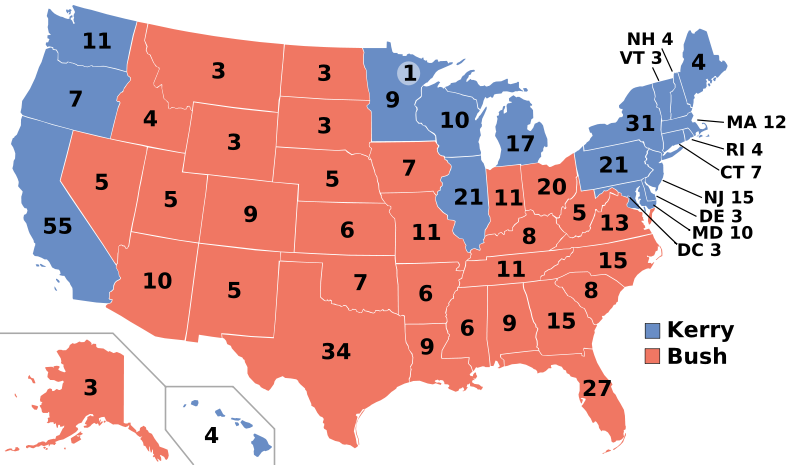 This has been kicking around for a while but the flips of late are interesting. An astrophysicist whose ranking system influences which college football teams get into the top four bowls each year is taking aim at predicting presidential races. Wes Colley at the University of Alabama Huntsville and J. Richard Gott III at Princeton came up with a way to gauge which candidates are ahead in each state.

Their system is simple: Take the margins of victory for each candidate in each poll, line them up in order from smallest to largest, then use the median as the candidate’s score for that state. The winner in that computation is also the candidate winning the majority of the polls in that state. Their paper will appear in next month’s Mathematical and Computer Modeling.

Colley and Gott first tested the system in the 2004 and correctly predicted the winner between Kerry and Bush in 49 of the 50 states. They also predicted the electoral votes each candidate received. They missed only Hawaii. Well, Hawaii shouldn’t be tough to call this year. Follow the horse race at their Electoral Scoreboard, including daily tracking scores.