This photo restores some of the faith in mankind’s creativity that I lost on Monday. Props to Kos for catching it. 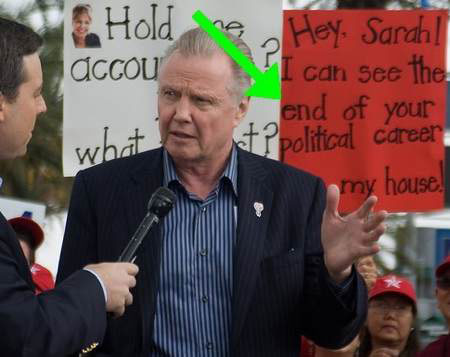 And, frankly, the signage isn’t far off. Late last night, CNN flashed a poll that said not only did debate-viewers prefer Obama on the economy by double digits, they preferred him on Iraq by about four or five points. That has to signal the beginning of the end for McCain, doesn’t it? Iraq is supposed to be the one issue he will always own; the fact that it’s drifting away from him suggests that more and more Americans are talking themselves into a President Obama and his ability to handle all the tough issues.

For what it’s worth, Obama won just about every category in last night’s polls. Numbers here. I’m guessing Sarah Palin is really going to regret her brief excursion into national politics in a month or so.