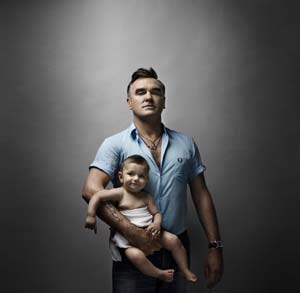 Via Towleroad comes word that 49-year-old singer Morrissey will release his 9th solo album, to be called Year of Refusal (or maybe Years of Refusal?), early next year, calling it his “strongest” album yet in an interview with BBC Radio 1’s Janice Long. (That’s apparently the cover art to the right.) Perhaps more intriguingly, the outspoken lyricist is writing his autobiography, partially to clear up some of the “silly and really extreme” misquotes attributed to him over the years. What could he mean? As the Guardian points out:

Like when Morrissey allegedly announced that he wished George W Bush dead? Or when he allegedly wrote that he “[understood] why fur-farmers and so-called laboratory scientists are repaid with violence”? Or when he allegedly told NME that “the higher the influx [of immigrants] into England the more the British identity disappears”?

Oh yeah, maybe those. The Guardian also observes that Mozza’s Wikipedia page is more than one-quarter controversy, including such topics as “Music Industry Feuds,” “Accusations of Racism,” and “Arguments with Political Leaders.” God bless him.

There are two kinds of people in this world: Smiths fans and Morrissey fans, and your humble blogger with the terrible DJ name is adamantly the former, but sympathetic to the latter. The Smiths were a lifeline to me in my isolated Nebraska hometown, their four studio albums coinciding almost exactly with my high school career. While Morrissey’s angst-ridden, sexually ambiguous lyrics provided endless hours of entertainment, it was Johnny Marr’s chiming, hypnotic guitar work that kept me glued to my Walkman, and thus, as Morrissey’s solo work moved further away from that sound, I got less and less interested. But I’ve still got a place in my heart for the old kook. Here are a couple videos from his solo career.

A glorious, string-led hymn to Armageddon from a lazy seaside town “they forgot to burn down,” “Sunday” surpasses even some of The Smiths’ later work, and seems to function almost as a mournful elegy to the band’s dissolution.

Here is the first inkling of the retro-rock sound that Morrissey would move towards over the next 10 years. There’s barely any guitar melody here at all, and a kind of rockabilly swing; plus, his pompadour is about 100 feet high.

This song has its simple charms, but somehow rhyming “I will be in the bar” with the line “with my head on the bar” has always bugged me. But even Morrissey in lazy mode has more personality than 800 Brandon Flowers.

Quarry is Morrissey’s biggest-selling album, either solo or with The Smiths, and with the straightforward rock production, it’s easy to see why. The video is an almost surreal depiction of late-career Morrissey as superstar, playing stadiums in front of his name in neon lights.

“You Have Killed Me” (from Ringleader of the Tormenters, 2006)

Taking his retro-crooner in the twilight of his career image and running with it, this video imagines Morrissey on what appears to be a ’60s Italian TV show. The song is unsubtle but still endearing, and heartbreaking: “there is no point in saying this again,” he sings, “but I forgive you, always do I forgive you.” Sigh. We forgive you too, Moz.