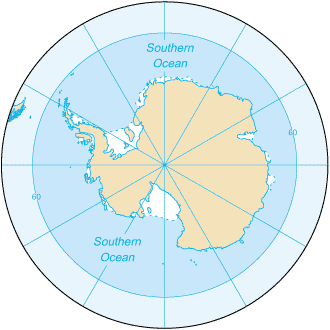 The Australian Broadcasting Corp reports the tipping point for ocean acidification is much closer than first thought. Here’s the problem: As atmospheric CO2 levels rise, the oceans absorb more of it, which cranks their pH to dangerously acidic levels. Beyond a certain tipping point, marine creatures from corals to plankton won’t be able to manufacture the calcium carbonate needed to make their shells.

Until now, the tipping point of acidification was forecast when atmospheric CO2 reached 550 parts per million—around the year 2060. But the new research by Ben McNeil of the U of New South Wales, published in the PNAS, reveals what no one knew before—that carbonate levels drop naturally in the Southern Ocean in winter anyway. Which means the tipping point is likely to be reached at around 450 ppm, which is due to arrive around 2030. Or sooner.

The Nobel-winning IPCC has set 450 ppm as the global stabilization target. However new research shows that number is way too high. Bill McKibben’s excellent piece in the current Mother Jones explains why. BTW, we’re currently at 385 ppm. If we allow ocean acidification to tip, prepare for hellacious repercussions, Earthlings. Jason Grumet, are you listening? Are you briefing the President-Elect? There is no other issue Obama needs to hit the ground running on faster.