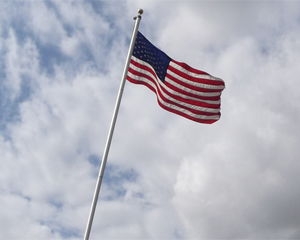 BOOZE After Belgian InBev’s recent purchase of Anheuser-Busch, Pabst pointed out that it is now “the last of the famous iconic US brewers to be fully independent and American-owned.” Only thing is, Pabst contracts its actual brewing out to South African-owned Miller.

CARS Fewer than half of the most popular GM, Ford, and Chrysler models are made with at least 75% domestic parts. On the other hand, Toyota’s Sienna has 85% American-made parts.

CLOTHES Levi’s, Converse, and Dickies have moved overseas, while Target and Gap keep the “Made in USA” label alive by making garments in offshore US territories like Saipan.

CONDOMS If you’re a Trojan man, you’re using the only commercial brand that produces condoms in the States—though even some of Trojan’s rubbers are imported.

ELECTRONICS California-based Syntax-Brillian, the only company that makes TVs in the US (with parts from China), declared bankruptcy in July.

APPLE JUICE 75% of it is imported; half of that comes from China.