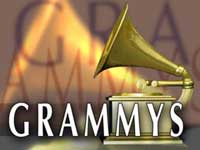 As everyone knows, the Grammys are dumb. I’ve mocked the ceremony (and also an imagined ceremony in my brain) as well as the tendency of the lists of nominees to look like a stoned 80-year-old decided them. So, granted, my expectations are very low, but a quick glance at this year’s nods has left me with a distinct lack of disgust, and my eyebrows might have even gone up a bit in appreciation. Just a little!

First up, Record of the Year, by which, kids, they mean, “single.” There are, of course, other great songs that existed this year, but I wouldn’t argue with any of these:

I might even say the Coldplay song is the worst one on there, since I kind of like that Leona Lewis number. And hey, London soul crooner Adele, who knew any Americans had even heard of you? But the shocker here is M.I.A., whose “Paper Planes” became an unexpected breakout hit after appearing in the Pineapple Express trailer. This is a song, remember, that had to have its chorus gunshot noises censored for David Letterman.

Album of the year also featured some surprises:

In Rainbows is my pick (sigh), but the real story there is Lil Wayne, since it’s been rare for the Grammys to recognize hip-hop in the Album of the Year category, let alone one as, erm, explicit as Wayne.

All told, Lil Wayne leads the field this year with eight total nominations, while Coldplay is right behind him with seven. Deeper in the list, the Dance nominees included Party Ben faves Daft Punk, for a track from their live album, and Sam Sparro, the openly gay Australian crooner whose moody, triple-time “Black & Gold” is actually barely danceable. Of course, the Grammys reassert their quirky sense of humor by nominating Cyndi Lauper in the Best Electronic Album category, but hey, there’s Swedish singer Robyn, whose self-released comeback album took like seven years to get to America. Radiohead’s “House of Cards” escapes the Alt ghetto for Rock Performance and Rock Song nods, while In Rainbows is joined by Beck, Death Cab, Gnarls Barkley and My Morning Jacket for a rather dull Alt Album category. The Rap Solo category has five strong contenders: Jay-Z, Lil Wayne, Lupe Fiasco, Nas, and Snoop, whose “Sexual Eruption” doesn’t actually feature any rapping, I’d just like to point out. Rap Song also gives a nod to “Swagga Like Us,” which could be considered another M.I.A. nod, really. And in case you were wondering, Kathy Griffin’s year-long effort to get a nomination for her comedy album (even naming it For Your Consideration) actually paid off. Freakiest nomination? LA punk rockers No Age for Best Recording Package? Ding.

Of course, this is an awards ceremony that could barely be less relevant, with its 50th-anniversary broadcast in February gaining just barely on the event’s typically anemic ratings. Whether these ever-so-slightly more attentive nods will gain any more attention from the listening public is yet to be seen, but at least Sam Sparro should be happy.