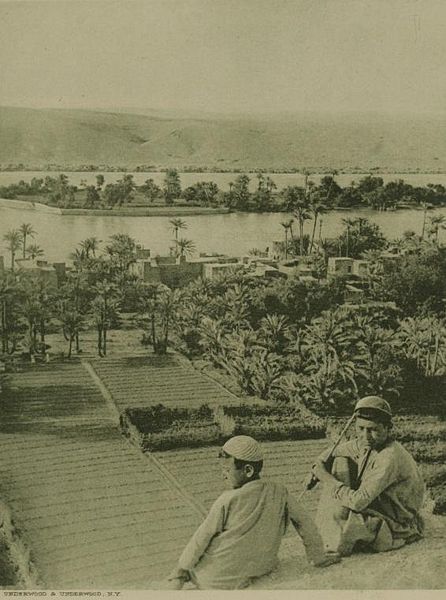 Iraq is flushing salinity out of millions of acres of land. The process should breathe new life into dirty rivers and dying soils. The idea is to restore “fertile” to the Fertile Crescent. You remember: the swath of once-fecund land arching from the Mediterranean across Iraq and down to the Persian Gulf—aka, the Garden of Eden.

But centuries of irrigation and overuse have turned the farmlands of southern and central Iraq saline—aka, the Garden of Apocalypse. The problem derives from salt collecting in soil when farmers irrigate it with salty water or don’t drain it properly. The end result is that Iraq is now so fallow the country imports virtually all its food, paying with oil profits. Much of the government’s current budget is spent on food rations, reports Reuters. Making Iraq fertile suggests there might actually be a post-oil future for that nation.

The plan is to pump out subterranean groundwater. The process—which has already worked in Australia—will take years. The work begins with a pumping station in Nassiriya sidelined for decades by the war with Iran, UN sanctions, and the war with the US. The project is further challenged by an ongoing severe drought and by 55,000 miles of crumbling drainage and irrigation channels. . . Suggestion: run the pumps on solar or tidal power and minimize that other problem too. And while we’re at it, why not donate the sweat equity of those short-sighted Detroit CEOs? They’ve been part of the problem for long enough. They could toil in the desert and meditate on their manifold sins.