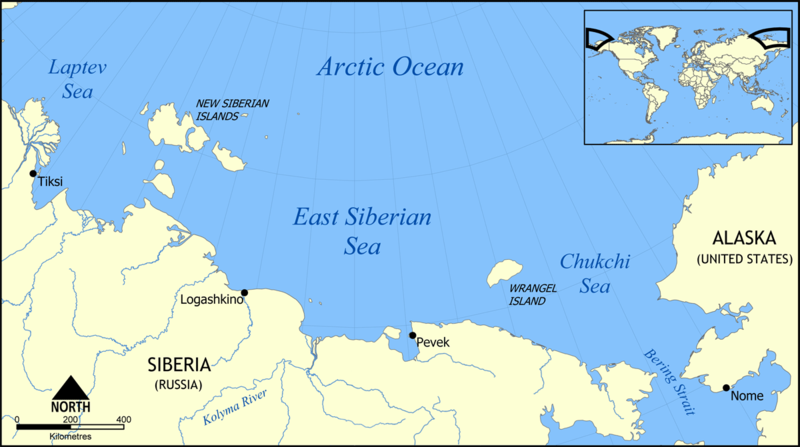 The carbon pool beneath the Arctic Ocean is leaking. A study on the East Siberian Arctic Shelf found an increase in methane bubbles rising from chimneys on the seafloor in 2008. In fact more than 1,000 measurements registered the highest dissolved methane concentrations ever seen in the summer Arctic Ocean. Methane is a greenhouse gas 20 times more powerful than carbon dioxide.

These new data from the International Arctic Research Center indicate the underwater permafrost is thawing in one of two (or both) ways. First, thawing permafrost initiates the decomposition of previously-frozen organic material, releasing methane and carbon dioxide. Second, ice-like methane hydrates trapped underneath the permafrost seep out when the permafrost thaws.

The East Siberian Arctic Shelf is a shallow continental shelf stretching 900 miles into the Arctic Ocean from Siberia. It’s known to be a year-round source of methane to the globe’s atmosphere. But until recently scientists believed that much of its carbon pool was safely insulated by underwater permafrost. Not anymore. Now the fuse is lit on the methane time bomb. . . . And we’re still talking about drilling for new sources of oil? WTF? Listen up Barack Obama: The promised change has gotta be faster than the melting methane.