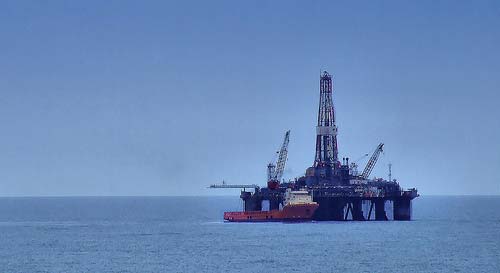 On the campaign trail, Obama railed against big oil companies. He often criticized John McCain for backing tax cuts that would reward ExxonMobil and other top oil manufacturers. But now Obama’s proposal to apply a windfall tax on big oil has vanished… at least from his transition website. The President-elect’s transition team hasn’t explicitly announced it will drop the windfall tax plan, but a transition aide, commenting on the condition he not be identified, backed off the promise in an email. “President-elect Obama announced the [windfall profits tax] policy during the campaign because oil prices were above $80 per barrel,” he said. “They are currently below that now and expected to stay below that.”

The windfall profits proposal was deleted from the transition website almost three weeks before the eagle-eyed American Small Business League (ASBL), an advocacy group for small businesses, noticed the change and protested in a press release Tuesday. The plan was mentioned in a version (PDF) of the site that existed after Obama’s election win. But when the transition website relaunched on November 8, references to a excess profits tax on the oil and gas industry were gone.

ASBL president and founder Lloyd Chapman says he was “disappointed” and “surprised” that Obama dropped the windfall tax plan. He maintains that a reduction in the price of oil does not justify the policy shift. “There’s not always a correlation between the price of a barrel of oil and what we’re paying at the pump,” Chapman said. “The oil and gas companies are clearly making excessive profits. They’ve taken advantage of the fact that there’s no regulation of that industry and overcharged at the pump and hurt our economy. The excessive profits tax is based on the excessive profits they’ve made in the last eight years. The tax was to get some of that money back for the American people.”

James Galbraith, an economist at the University of Texas and a frequent Mother Jones contributor, says that Obama’s change of course “makes sense” given the dramatically reduced amount of money a windfall profits tax would bring in now. “You could still pass the tax but the revenue from it would be much less,” Galbraith wrote in an email Tuesday.

Cathy Landry, a spokeswoman for the American Petroleum Institute, which lobbies for the oil and gas industry, says that her organization hadn’t heard any details of the Obama team’s change in plans, but that the oil and gas lobby was happy to hear about it. “[API] is pleased that President-elect Obama is reevaluating his position, particularly considering the economic situation,” Landry said. “The oil and gas industry has been one of the bright spots in the economy, and this would be a bad time to snuff out bright spots in the economy.”

By the way, on October 30, ExxonMobil reported its quarterly earnings. It netted $14.83 billion, setting a national record for quarterly profits. Bright spot, indeed.