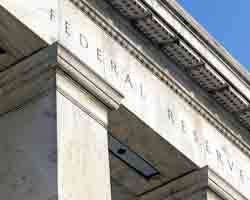 The good news: The Federal Reserve Board, the overseer of the nation’s monetary system, has hired a consumer activist. The bad news: The Fed won’t let him talk to the press.

In September, the stodgy financial regulator took the unusual step of hiring scrappy consumer advocate Allen Fishbein, who most recently worked at the Consumer Federation of America as its director of housing and credit policy. For years, Fishbein had sounded the alarm about abuses occurring in the subprime lending market and the dangers of deregulating the banking industry. He’s now an adviser to Sandra Braunstein, the director of the Fed’s division of consumer and community affairs.

His colleagues in the consumer protection world see Fishbein’s hiring as one of a handful of indicators that the Fed is offering a mea culpa and trying to be receptive to average people, not just neoclassical economists. “I think the reason they brought Allen on is a recognition of their failure,” says Ira Rheingold, executive director of the National Association of Consumer Advocates, who notes that the Fed “completely missed” the problems leading to the current financial crisis.

In a sign, perhaps, that the Fed is still not entirely comfortable in its new role, Federal Reserve officials have decided to keep their new hire under wraps. Fishbein’s hiring didn’t merit a press release, and when Mother Jones attempted to profile him in his new role, it took the Fed more than a month to respond to a request for access. And, when it did, the answer was no. (Even prying Fishbein’s official job description out of the Fed was a chore.)

The Fed’s reluctance to publicize the existence of an outsider in its midst is typical of one of the nation’s most conservative and opaque institutions. Change at the Fed has traditionally been glacial. But Fishbein’s arrival there is one of several hints that real change is indeed afoot. Recent developments suggest that the Fed is cracking open the doors of the temple and may be taking a more aggressive approach to banking regulation on behalf of consumers.

In December, for instance, the Fed issued new regulations reining in some of the more abusive practices of credit card companies. Among other things, the rules require credit card firms to mail bills at least 21 days before the payment is due, since many banks have created billing cycles so short that some customers are late in paying. Credit card companies are also banned from arbitrary and undisclosed interest rate hikes. There’s some indication, too, that the Fed is planning on tackling excessive overdraft fees on checking accounts, a major gripe of many consumers.

Nessa Feddis, the senior federal counsel of the American Bankers Association, says that the new credit card regs were more the result of congressional pressure than innovation by the Fed. Sen. Chris Dodd (D-Conn.) and Rep. Carolyn Maloney (D-N.Y.) had been leaning on the Fed to use its authority to deal with credit card abuses, she says. Nonetheless, she agrees with the consumer advocates that the Fed is changing. Hiring Fishbein, whom she’s known for many years, is out of character for the institution, Feddis says.

While the Fed, of course, isn’t saying as much, the reason for its unusual hire isn’t hard to intuit. For one, the Fed totally whiffed on preventing the subprime lending meltdown. Critics, including a former board governor, have fingered former Fed chairman Alan Greenspan for failing to heed warnings from consumer advocates and Legal Aid lawyers who, even in the early ’90s, were dealing with the wreckage of an out of control subprime lending market.

It’s not that the Fed didn’t have the power to act; it just chose to remain on the sidelines. In 1994, Congress passed a law authorizing it to crack down on predatory and subprime lending by banks and other financial institutions. That law gave the Federal Reserve the power to regulate not just banks but all mortgage companies. It could have required some basic underwriting standards, like, say, insisting that mortgage lenders ensure that borrowers can actually repay their loans. It could have also curbed deceptive practices like teaser rates that increased sharply after a couple of years. If it had, the Fed might have averted much of the current financial mess. Instead, the board finally got around to issuing tough new lending regulations last year, long after the subprime industry had imploded.

Some Fed-watchers suspect that recent criticism of the institution has sunk in. Dan Immergluck, an associate professor of city planning at the Georgia Institute of Technology who has worked with the Fed, sees “an awakening” in the institution that for most of its history has been dominated by neoclassical economists who have viewed consumer protection as incompatible with the Fed’s role of ensuring the safety and soundness of the banking system. As proof, he points to the Fed’s response to a campaign last year by conservatives and mortgage industry officials to blame the Community Reinvestment Act for the foreclosure crisis—implying that the law, designed to combat racial discrimination in mortgage lending, had caused the meltdown. Immergluck says that the Fed governors forcefully disputed that notion, even posting research on the agency website to counter these claims.

Immergluck says the CRA also came under attack in the late 1990s, by conservatives like former Texas Senator Phil Gramm, when Congress was deregulating the banking system. Back then, when Greenspan was the Fed chairman, the institution never defended the law or corrected the record when critics misconstrued it, Immergluck says. He and other Fed-watchers attribute the change in tone and the Fed’s new consumer protection focus to two things: the financial crisis, which laid waste to much of the conventional wisdom surrounding regulation of the banking sector, and a change in leadership. While Ben Bernanke has been harshly criticized for his handling of the bailout, consumer advocates say that he has ushered in a sea change at an agency that was headed for so long by Greenspan, a libertarian whose idea of consumer protection was tinkering with mortgage disclosure forms.

For years, the only real input consumers had on Fed policymaking came through involvement on the Fed’s Consumer Advisory Council, a group that meets three times a year and provides feedback to the Fed governors. As many advocates are quick to point out, much of the council is made up of credit card industry officials. Another chunk consists of representatives of community development groups that are clients of the Fed. Only a handful of council members are what you’d think of as traditional consumer representatives.

Greg Squires, a professor of sociology, public policy, and public administration at George Washington University, served on the council from 1996 to 1998, during the Greenspan years. “We were there primarily to provide cover for the Fed so they could say they heard from consumer folks,” he says, adding that Fed officials never really considered any of the council’s recommendations, even after they had spent months drafting them.

Kathleen Keest, an attorney with the Center for Responsible Lending who also served on the consumer advisory council in the early 1990s, says that the Fed never wanted the consumer protection role Congress empowered it with. Fed economists have tended to regard consumer protection regulations as a drag on the market, she says, so consumers have always been second-class citizens in the Fed’s eyes.

Keest says that the Fed has largely followed the advice of bankers, who have long argued that any sort of regulation of the market would lead to a reduction in access to credit. Now that the financial crisis has shown the opposite to be the case, Keest says that Fed officials have become slightly more willing to listen to the concerns of consumers. She says that the Fed is starting to realize that consumer protection is an important component of protecting the safety and soundness of the nation’s banks.

Hence the hiring of Fishbein, who will presumably advise Fed officials from a more grassroots perspective and flag potential threats to the financial system before they go critical. Rheingold says the changes are baby steps; the credit card regulations are, for instance, “too little, too late” in part because they don’t take effect until 2010 and may get eclipsed by congressional legislation. But even so, he says that combined with Fishbein’s hiring, the Fed’s recent activity is “such an enormous improvement over what we’ve had.”