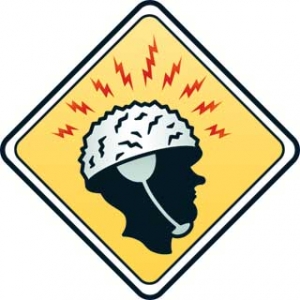 the conspiracy: Barack Obama is not just an unusually eloquent speaker; he is an expert in mass hypnosis (hopenosis?). By tapping into the sinister techniques of neuro-linguistic programming, the president subliminally convinced Americans to elect him—and who knows what he’ll make us do next? Among his “trance induction” tricks: “extra slow speech, rhythm, tonalities, vagueness, visual imagery, metaphor, and raising of emotion.” And his “O” logo was even designed to look like a crystal ball.

the conspiracy theorists: The Obama-as-brainwasher-in-chief theory was first presented in an unsigned 67-page document posted on an Arizona libertarian’s website last October. It was picked up by conservative blogs, message boards, and Rush Limbaugh, who told listeners that “a bunch of surgeons and doctors” had diagnosed Obama’s “hypnotic effect.” “The people most susceptible to neuro-linguistic programming are young people and highly educated people,” he explained. “I find it interesting, too, that many Jewish voters are supporting Obama…Maybe it is hypnosis.”

meanwhile, back on earth: We elected a president who uses rhythm, tonality, and visual imagery in his speeches? My God, what have we done? Does that mean that red-staters are immune to his awesome mesmerizing powers? And why can’t he use self-hypnosis to quit smoking?