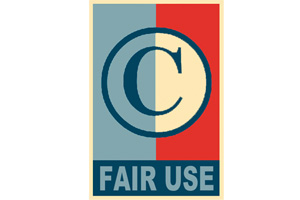 Via the Associated Press, we learn that the Associated Press is coming after Shepard Fairey for using one of its photos as the basis of his (everyone say it with me!) iconic Obama “Hope” poster. A few weeks ago, a diligent photographer finally ID’d the poster’s source image as a shot taken in 2006 by an AP freelancer. The AP is now crying copyright infringement and says it has “reached out to Mr. Fairey’s attorney.” (It’s worth noting that when Reuters briefly thought the shot was theirs, they simply asked for credit.) So was Fairey’s unattributed appropriation of the image fair
use? That depends in part on whether the Hope poster was derivative or
transformative (and not just in the political sense). On the derivative
side, even though Fairey’s a design whiz, what he did to the AP image
was not all that tricky. (Photoshop/Illustrator geeks can get the
lowdown here.)
On the transformative side, he altered the original enough that it took
a year to figure out where it came from (though Fairey might have
bothered to note his source in the first place).

Also, Fairey claims he didn’t make any money off the posters, which
were sold to raise money for Obama. And it doesn’t hurt that Fairey’s
lawyer is Anthony Falzone, the head of Stanford’s Fair Use Project and
a colleague of free-culture guru Lawrence Lessig. It looks like the AP is hoping against hope. Maybe it will settle for an autographed poster, now going for as much as $12K on Ebay.