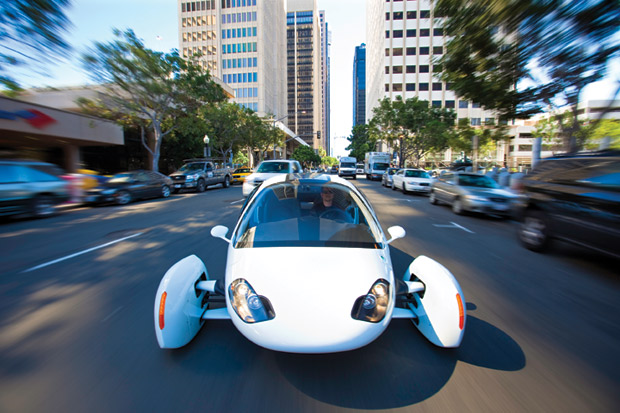 When Steve Fambro and Chris Anthony founded Aptera Motors in 2006, they wanted to create the world’s most fuel-efficient car. To do that, they had to ditch all conventional notions of car design to make the most aerodynamic vehicle possible.

The result is the Aptera 2e, a two-seater powered by an electric motor that delivers 100 miles of driving on an 8-hour charge from a standard outlet. The company says 4,000 people have already put down a deposit for the car, which is slated to hit driveways later this year.

But the design that makes the Aptera so efficient also disqualifies the car from the Department of Energy’s $25 billion loan program for ultra-efficient cars—the same fund from which GM has requested more than $8 billion. The company wants the low-cost loans to develop other models, such as a plug-in hybrid with a gas-powered generator. So Aptera Motors went to Washington to show the feds why the reg needs to change.