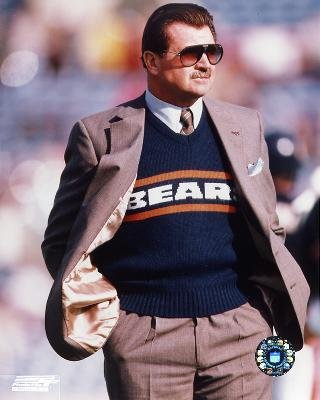 In honor of St. Patrick’s Day President Obama announced Dan Rooney, the Irish-American owner of the Pittsburgh Steelers, as ambassador to Ireland. The merger of professional football and politics is a promising one, and Obama should look closer to home when naming his official envoy to Ukraine. Being from Chicago, Obama knows that if anyone should be our man in Kiev, it’s Iron Mike Ditka.

Ditka, who is of Ukrainian descent, ushered in the gilded age of the Chicago Bears. He’s one of two people to win Super Bowls as a player, assistant coach, and head coach. He runs a chain of self-named restaurants, dabbles in California wines, launched resorts in Florida, and works as a sports commentator. If anyone could tackle the challenges of running an embassy, it’s Ditka. As SNL’s Superfans remind us, who wins in a fight, Ditka versus god? Trick question—Ditka is god. To deal with an increasingly testy Russia that is resistant to the idea
of its neighbor joining the EU and doesn’t hesitate to shut off
regional gas lines in the dead of winter, Ukraine needs Hurricane
Ditka. A man who broke his own hand punching a locker during a
halftime tirade and spit a wad of gum on a heckler yet is cool enough
to tell reporters he’d “never been upset in his life” could do the
Super Bowl Shuffle all over Vladimir Putin in multilateral talks.

Unlike Ukrainian President Viktor Yushchenko, who was mysteriously
poisoned with dioxin in 2004 (a KGB method of assassination), we don’t
have to worry about Ditka’s safety—he’s spent the last twelve years
building up an immunity to dioxin (not true). This is the Navy and Orange
Revolution, baby!

Of course, Obama will have to bury the hatchet before hiring Ditka, who considered running against him for the Senate in 2004 and describes himself as an “ultra-ultra-conservative.” Yet Ditka will bring his personal credo—A.C.E.: Attitude, Character, and Enthusiasm—to the job.

Relations should be cozy for Ambassador Ditka, as President Viktor Yushchenko’s wife is from Chicago, and Ukraine’s first family has visited the windy city. Imagine the peacemaking possibilities of polish sausage at state dinner, and Bill, Carl, Todd, and Pat as political talking heads. Plus, Ditka, like many Eastern Europeans, has a totally killer mustache. It won’t be long before they rename the country Dit-kraine.

This month former US figure skater Michelle Kwan will visit Ukraine in her role as a State Department envoy to Ukraine, continuing the tradition of athletes in international relations. Who knows? After the Honorable Iron Mike Ditka, could we see the stony face of the Honorable Lovie Smith, a Texan, presiding over an end to the drug violence in Mexico?