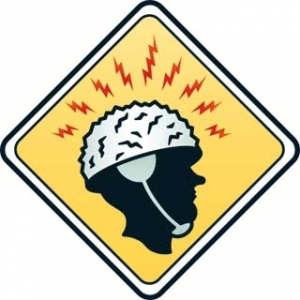 THE CONSPIRACY: Is the government dropping $2 billion on digital television converter boxes just so we can watch American Idol in high definition? No way. The real reason for the June 12 transition from analog TV is so that the feds can secretly monitor every household in the country—and eventually the world. Hidden cameras inside converter boxes and hi-def LCD screens will allow the government and corporate America to peer into our living rooms in search of thought crimes and valuable information about our consumer preferences. And you thought the NSA’s warrantless wiretapping program was bad.

THE CONSPIRACY THEORISTS: Radio host and 9/11 Truther Alex Jones says digital home surveillance plans have been in the works for years. In February, someone posted a YouTube clip of a Magnavox digitial converter being taken apart, revealing a tiny camera and a microphone inside. This prompted Jones’ InfoWars.com to predict “the ultimate Big Brother scenario whereby the majority of Americans and Europeans will have Orwellian telescreens watching their every move.” A video on the site warns, “All the world’s TV’s [sic] will be able to be operated by 1 computer in 1 room.”

MEANWHILE, BACK ON EARTH: The YouTuber later admitted that the video was a hoax. That hasn’t stopped doubters from posting videos in which they describe the dangers of hi-tech surveillance—to the tiny cameras on top of their computer screens.