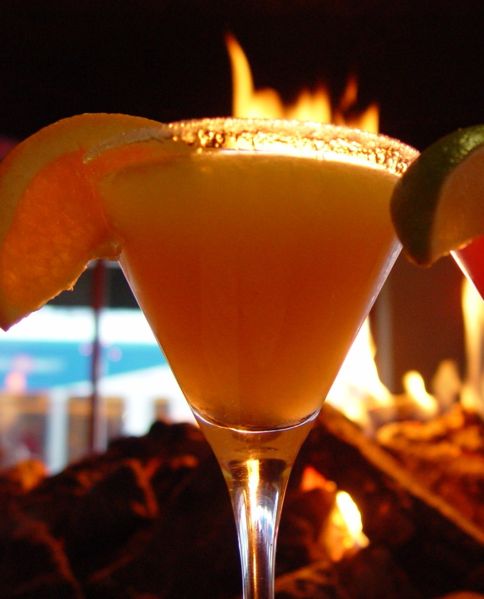 As Frank Zappa said: You can’t be a real country unless you have a beer and an airline. It helps if you have some kind of a football team, or some nuclear weapons, but at the very least you need a beer.

Round 1: Best Earth Day event of the week? Afghanistan announced the establishment of its first national park. Band-e-Amir—Afghanistan’s Grand Canyon—protects 230 square miles of arid landscape punctuated by deep blue lakes. It’s in the heart of a relatively stable part of the country that’s been eyed for protection since the 1960s.

Phil McKenna of New Scientist’s Short Sharp Science blog wondered how you go about getting a park put together in the middle of a war. He asked Peter Zahler of the Wildlife Conservation Society, who’s long been at work in Afghanistan trying to protect snow leopards. WCS helped plan the US government-backed park and will work locally to train park rangers and help villagers benefit from an increase in tourism to the region. Someday. Locals around Band-e-Amir currently farm and graze in unsustainable ways. A local economy tied to protecting the region’s natural resources will be better.

For the skeptics: Arguably the most significant single piece of international environmental lawmaking of the 20th century—the Migratory Bird Treaty of 1916—was signed in the bloody midst of World War I. So, cheers, Band-e-Amir. Here’s to the visionaries.

Round 2: No matter how large or sturdy, levees and floodwalls surrounding New Orleans can’t provide absolute protection from extreme hurricanes or storm surges. This according to a new report by the National Academy of Engineering and the National Research Council.  So what should be done? The report suggests voluntary relocation of people and neighborhoods from vulnerable areas. If that fails, raise the first floors of buildings to at least the 100-year flood level.

The investigators point out that levees and floodwalls only reduce risk from hurricanes and storm surges, they don’t eliminate it. The hurricane defense system in place in New Orleans promoted a false sense of security that people were absolutely safe. Seems metaphorical to me. We’re in a world of weak levees.

Round 3: Epidemiologist Larry Brilliant helped eradicate smallpox through his work as head of Google.org. Now he’s leaving that job to lead the Urgent Threats Fund created by Jeffrey Skoll, founder of eBay. Declan Butler of Nature News interviewed Brilliant who described how he and Skoll brainstormed about the five threats facing humanity and the planet: climate change, water scarcity, pandemics, nuclear proliferation and conflict in the Middle East.

Skoll said these problems need fresh money, the community of social entrepreneurs and organizations already working on them, media campaigns “the likes of which nobody has ever seen,” and the expertise of Hollywood. (Huh?) The Urgent Threats Funds is planning to combat, mitigate, and prevent those five threats. They’re starting with $100 million. Maybe an Urgent Threats beer brand—all proceeds go to the fund?