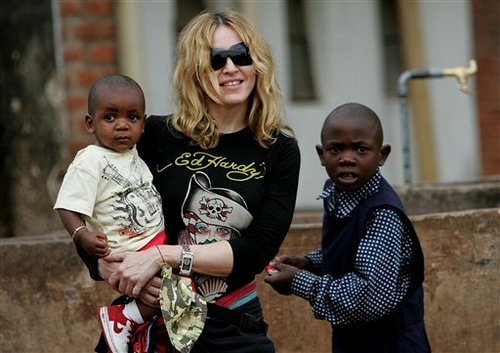 In a surprising turn of events a Malawi court ruled today that Madonna will not be allowed to forgo the residency requirements to adopt Chifundo “Mercy” James. The BBC reported the judge’s ruling this afternoon:

“By removing the very safeguard that is supposed to protect our children, the courts by their pronouncements could actually facilitate trafficking of children by some unscrupulous individuals,” she said.

The judge also noted that Chifundo had been placed in one of Malawi’s best orphanages and no longer suffered the severe poverty endured after her mother died in childbirth.

Though Madonna wasn’t concerned enough to show up in court for the final ruling, she did release a wonderfully tactful statement: “To deny Chifundo James the opportunity to be adopted by me could expose her to hardship and emotional trauma which is otherwise avoidable.”

This afternoon the Associated Press reported that Madonna plans to file an appeal with the Malawi supreme court of appeal. If Madonna is so determined to adopt the girl, couldn’t she move to Malawi, and raise Mercy and son David Banda in their homeland? Otherwise, there are plenty of places right here in the USA where she could rescue children from poverty—without breaking the law.