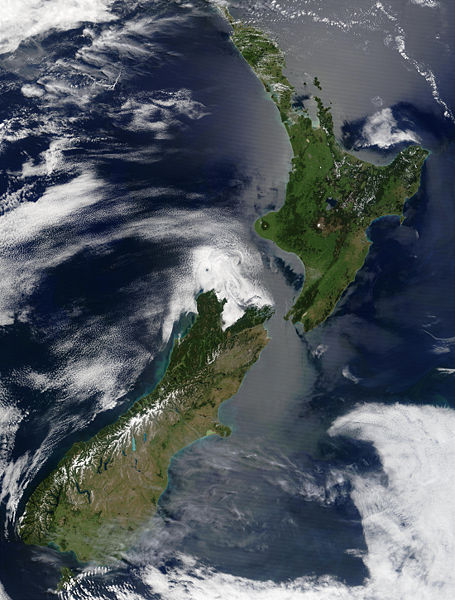 Nobel-Prize winning scientist Jim Salinger was sacked from his job of 27 years for talking to the media about the weather. Salinger was the lead author of the IPCC’s 2007 assessment report that dealt with climate change in Australia and New Zealand. He had been a principle scientist with New Zealand’s National Institute of Water and Atmospheric Research (NIWA), reports the New Zealand Herald.

Despite his excellent credentials and scientific reputation, Salinger was given 3.5 hours to clear his desk late last week. His offense? Talking to the media about a flood he was witnessing firsthand while on vacation in New Zealand.

Here’s where it gets really strange. NIWA has a contract with New Zealand’s state broadcaster to provide climate-related updates and Salinger has spoken regularly to reporters in the past. He was always praised for doing so, reports NatureNews. But word leaked down from on high a few months ago for him to back off and take a lower profile. He was told to get permission before talking to the media again.

Three times he didn’t. The first was on a day of record-high temperatures in Auckland. It was late and there was no one around so he gave a live radio interview and was later verbally reprimanded. The second time, last month, he took a television reporter and camera operator on a flight to monitor summer snowlines after receiving an okay from the NIWA’s communications manager—but was later told he should have gained permission from a higher-up. The third time, this month, Salinger called a television weather reporter with the news that rivers were flooding around him while he was on vacation in New Zealand.

Last Thursday Salinger received a letter telling him his contract was terminated. The sacking comes as NIWA’s CEO, John Morgan, focuses on rebranding the institution, according to NatureNews. Morgan has overseen the institute’s move into high-profile new premises in central Auckland in February, along with implementing a major website overhaul.

So overhaul is a euphemism for censorship?

BTW, Salinger’s postgrad studies in 1975 produced what’s today regarded as a watershed paper on climate change at a time when the idea was resisted by most scientists.