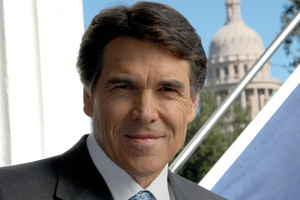 Yesterday I mentioned that Texas Governor Rick Perry’s secessionist rhetoric flies in the face of Texas’ history of receiving gobs of federal money: the state has received federal disaster assistance more frequently than any other in the Union.

Today, I have some raw numbers, courtesy of FEMA’s public affairs office in Denton, Texas. During Perry’s tenure — 2001 to the present — FEMA alone has sent $3.45 billion to Texas. $3,449,142,397 to be exact. That figure does not include funding from any other federal agencies (of which there is plenty), nor does it include funding for Hurricane Ike recovery, which is still ongoing.

To get a sense of how much federal money goes to Texas every time a disaster strikes, consider the numbers in this FEMA press release from earlier this month: since Ike made landfall in September 2008, Texas has received over $2 billion in disaster relief funding from various federal agencies. That includes just $96 million from FEMA (to pay hotel bills for displaced citizens). The rest comes from the Small Business Administration and other agencies.

I want to be clear. I’m not saying Texas and its hurricane-weary citizens don’t deserve this money. They do. I’m glad the federal government is able to step in and help states recover from natural disasters when local authorities are overwhelmed. But it’s galling that Governor Perry, who reportedly has an eye on a presidential run, ginned up the GOP base by talking of splitting from the “oppressive” Obama administration (his words) when he knows full well that the federal government has bailed out his state repeatedly, and probably will do so again. Where does Perry think all this money would come from if Texas was its own state? He’s probably have to raise taxes to the point where Texas would want to secede from itself.