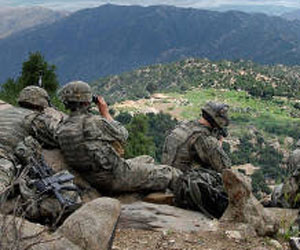 news stories often reference Pakistan’s “lawless” region along the Afghan border; less often reported is the fact that Islamabad treats its federally administered tribal areas (fata)—that Taliban/Al Qaeda safe haven—as a vast reservation. Wary of Pashtun nationalism, the government clings to a 108-year-old law defining fata as a separate legal entity, where Pakistani political parties can’t operate and national laws don’t apply unless the president says so explicitly. Its residents have no right to a lawyer in Pakistan’s courts, nor can they present material evidence or cross-examine witnesses; those convicted cannot appeal. Meanwhile, the president’s reps to the area can punish an entire tribe for crimes committed on its territory. “Some of the Pashtuns feel like they are a colony of Pakistan,” notes Boston University Afghanistan scholar Thomas Barfield. “They’re not full citizens, and the Frontier Crimes Regulation Act gives the Pakistani government the right to burn down villages, to ban trade…It’s fairly draconian. And it comes directly out of British colonial rule.” 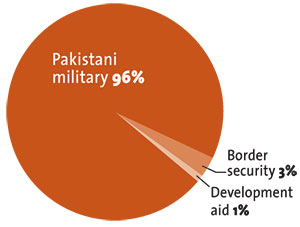