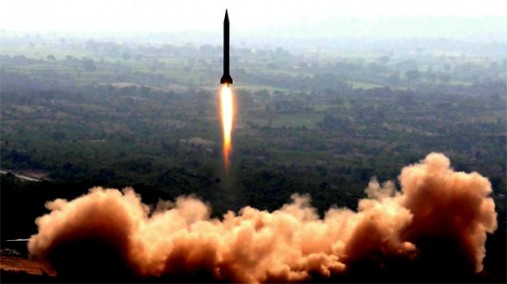 The stakes are high in the Pakistani military’s fight against Islamist militants in the Swat Valley. If you need reminding, just take Monday’s threat by Mustafa Abul-Yazeed, Al Qaeda’s commander in Afghanistan, said to be the group’s number three leader behind Osama Bin Laden and Ayman al-Zawahiri. Speaking to al-Jazeera, he warned that, were Al Qaeda able to gain access to Pakistan’s nuclear arsenal, it would not hesitate to use it against the United States. Of course, according Bruce Riedel, the former CIA officer who led the Obama administration’s retooling of Afghanistan and Pakistan policy, Islamabad’s nukes are “well protected, concealed, and dispersed.” But Abul-Yazeed’s claim (empty or not) is a reminder that Al Qaeda continues to think big in terms of the damage it hopes to inflict. From UPI:

Abul-Yazeed told al-Jazeera that al-Qaida had been assisting Taliban militants in their fight against U.S. and NATO troops in Afghanistan and against Pakistani government forces in that country’s Swat Valley and tribal areas.

He predicted insurgents would defeat the government in the Swat battles. He also said al-Qaida’s two main leaders, Osama Bin Laden and Ayman al-Zawahiri, “are safe from the reach of the enemies, but I don’t know where they are and I can’t say where they are, but they are aware of everything and all the fighting in the field.”