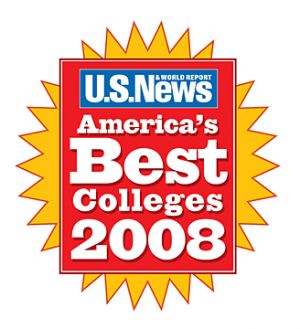 Yesterday, we reported on Clemson University’s basically admitting that it manipulates U.S. News and World Report‘s college rankings. Now, the university has done an about face and denied any pandering, calling the accusations “outrageous” and “untrue.” From a statement issued by Clemson today:

To some extent the “evidence” of manipulation shared at the Association for Institutional Research meeting falls into the category of the same old “urban legends” that Clemson has been dealing since adopting the vision of becoming one of the nation’s top-ranked public universities. Every year or two, one of these myths starts making the rounds again. But the insinuation of unethical behavior crosses the line.

Okay, but it’s not like Clemson was the victim of some smear campaign launched by a rival university. In fact, its own director of institutional research did the insinuating, saying Clemson “walked the fine line between illegal, unethical, and really interesting.” Once you’ve already admitted something like that, it’s awfully hard to take it back.

Which is not to say Clemson isn’t trying its darnedest to clear its name. The main line of defense seems to be that not everything the university has done in the past five years has affected its USNWR ranking. “You could take 5 facts and build a case that all we’re interested in are the rankings,” writes Cathy Sams, Clemson’s chief public affairs officer. “You could take another 5 facts and build a case that we’re completely ignoring them” To wit:

…during that same time we invested in other major projects, such as launching three off-campus economic development centers, doubling PhD enrollment, and building a nationally ranked cyber-infrastructure…

See? See how much they don’t care about national rankings? Oy.

This disingenuity wouldn’t be much more than annoying and embarrassing if it weren’t yet another sign of the depressing trend of turning education into one big numbers game. Which would be all well and good if it actually made schools better, but there’s more and more evidence that designing learning to measure up with external yardsticks—be they rankings or high stakes tests—doesn’t work. Yesterday, Inside Higher Ed pointed out two ways in which Clemson’s pandering has already hurt students:

But many of the administrators and data analysts in the audience were clearly troubled by Watt’s description of Clemson’s approach, especially as she pointed out that the university has grown more exclusive (fewer than 10 percent of its undergraduates are first-generation college students) and has “favored merit over access in a poor state,” sending tuitions rising.”To me it’s a little unsettling what you’re doing,” said one audience member. “You had a perfectly good institution” before.

Sacrificing students for the sake of the rankings rat race? That’s the real outrage.

Update: USNWR says it’s one step ahead of Clemson.