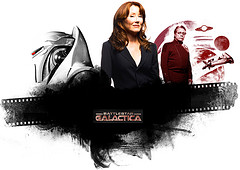 I love TV, but don’t have cable. So the news recently that Hulu, the free television website hosted by NBC and Fox, could soon charge for content hit me pretty hard. Asked earlier this month whether Hulu would charge customers, NewsCorp’s chief digital officer Jonathan Miller responded, “the answer could be yes. I don’t see why over time that shouldn’t happen.”

Hulu’s final move on charging for content could decide the future of online media. As the viability of print sources becomes more and more unrealistic, and advertising revenue continues to fall, online television channels, magazines, and newspapers will be faced with a similar question: Charge for content and risk losing customers and advertisers, or keep content free and suffer inadequate advertising revenue to maintain traffic.

Either way, I just can’t stop thinking about all the quality (and not-so-quality) television that I will miss out on if I don’t subscribe (which might not be realistic on an intern’s paycheck). Below are some of the shows that I will miss the most, covering what I believe to be the spectrum of essential Hulu genres.

At the end of the day, it’s unrealistic to feel entitled to free online television. Somewhere along the line, though, internet users began to think that all content available online should be free. First came Napster, and music listeners all of a sudden felt entitled to free music, regardless of the economic impact it had on artists. Then newspapers and magazines transitioned online and universally struggled to find a working online business model. Finally, television channels and media organizations began providing their content online. And before we knew it, free TV felt like a universal right. Unfortunately, it’s not. And if Hulu decides to charge its viewers, then newspapers, magazines, and online radio stations will likely follow close behind.