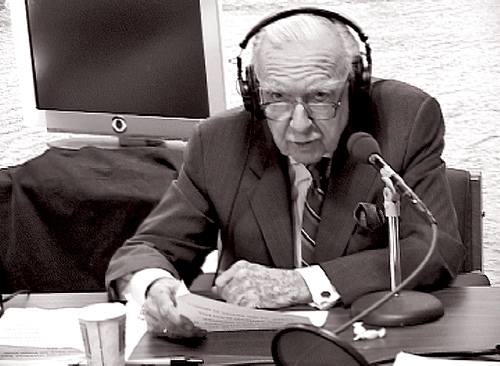 The world of journalism takes another hit. Walter Cronkite was the voice of a generation, maybe not mine, but he shaped media for decades, not in the anchor chair necessarily, but in people’s living rooms. From what I remember, and from what my grandfather would tell me (he just passed away at the age of nearly 101), Cronkite made people feel a part of the news as it unfolded. “He was right there,” he’d say, “giving you the straight scoop!”

Cronikite shaped what people cared about at a time when there weren’t the Twittering masses to do the telling. And he knew what he was talking about, all the time. Not that we necessarily want to return to such a narrow sieve through which we hear the day’s truths, but he did a fine job with such a weighty task.

And that’s the way it was.