Remember that horribly planned photo op the Air Force staged in April over lower Manhattan so they could have a new stately picture of Air Force One flying over the Statue of Liberty? The one the Air Force forgot to tell New York officials about, which led to a bit of a panic when un-warned New Yorkers saw a giant airplane and two F-16 fighter jets flying low near the tip of the island?

Well, the DoD has finally released the pictures from that morning, and I must say, they’re not very impressive. The Air Force photographer snapped 146 photos—you can see them all here in the PDF the DoD released—and I’ve picked out the best one for you. It’s fine, but I still think the photo the Air Force wanted to replace with the Statue of Liberty flyover—Air Force One flying over Mount Rushmore— is much more impressive. 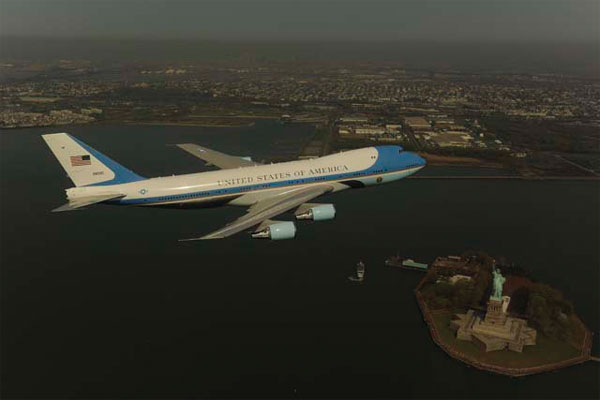