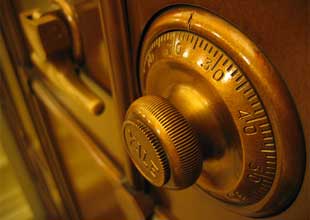 Classified Bush-era documents on the administration’s controversial interrogation and rendition programs are missing, according to a recent court filing submitted by the Obama Justice Department. But a Justice Department spokeswoman says the documents may not actually be gone; they may never have existed—even though Bush administration records say that they do. Welcome to the Case of the Disappearing Torture Documents. This is more than just a bureaucratic whodunit. There’s a possibility that government officials purposely destroyed records pertaining to detainee abuse.

Here’s what happened: In 2007, the Bush administration was fighting a Freedom of Information Act lawsuit filed by the American Civil Liberties Union (ACLU), which was seeking records related to the deaths of detainees, their treatment, and the administration’s rendition policies. CIA lawyers drew up a list [PDF] of 181 documents that they considered exempt from release. Some of these records, which were stored in a secure facility, were so sensitive that Justice Department lawyers lacked the clearances to handle them.

After President Obama took office, he issued a new FOIA policy, instructing executive branch agencies to “adopt a presumption in favor” of releasing information. The Obama Justice Department reprocessed the ACLU’s earlier request under the new guidelines. But when they did so, department officials discovered that 10 documents listed on the index compiled by the Bush administration were nowhere to be found. The Justice Department noted this in a filing [PDF] by David Barron, an acting assistant attorney general, which was submitted last week as part of the ongoing ACLU case and first highlighted by Firedoglake blogger Marcy Wheeler. Barron acknowledged in the filing that even more documents could be missing, because “many” of the documents the Obama team did find were “not certain matches” to the ones on the Bush administration’s list.

“It was impossible to ascertain whether the discrepancy was the result of an error by the prior administration when it created the original…index or whether the prior administration misplaced the documents in question,” Tracy Schmaler, a Justice Department spokeswoman, told Mother Jones. In other words, CIA and Justice Department lawyers might have mistakenly listed documents that never existed in the first place.

But is it plausible that the inconsistency could be merely a clerical error? After the Bush administration created the index, a CIA official swore under oath that she had reviewed the documents on the original list. And one of the disputed documents was listed on the original index as a 46-page memo “providing legal advice,” classified as top secret and dated 25 July 2002. Schmaler says the Obama administration’s search never found a document matching that description. Could the CIA and Justice Department lawyers who composed the original list have mistakenly included a non-existent memo—complete with a date and precise page count?

According to Barron’s filing, the documents on the original list were stored in a Sensitive Compartmented Information Facility, or SCIF, a specially secured room that is protected not only against unauthorized entry but also against electronic surveillance or monitoring by foreign intelligence services. If documents went missing from a SCIF, says Steven Aftergood, a government secrecy expert at the Federation of American Scientists, that raises serious questions about the government’s ability to keep sensitive documents secure. “If there is any indication of sloppiness in security procedures at one of these facilities, that’s worrisome all by itself,” he says. “It suggests that some of the nation’s most sensitive information is not being properly protected.”

Aftergood says he expects the court will try to determine if the discrepancies between the two indexes are due to an error or whether the documents actually disappeared. “The government will have to do better than shrug its shoulders and say ‘I don’t know’ if they want to persuade the court that this was not an act of bad faith,” he says.

Alexander Abdo, a lawyer working on the case for the ACLU, says, “We’ll potentially never know what was in those documents.”