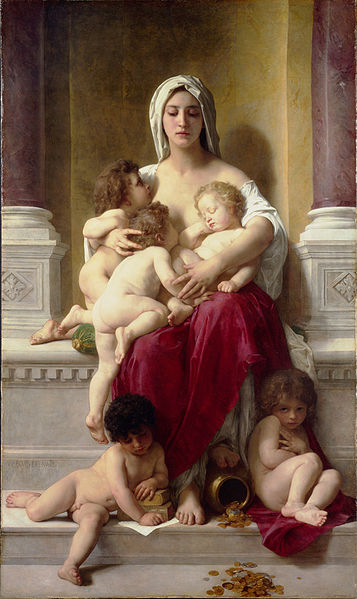 So this is why father thought he knew best. Parenthood pushes mothers and fathers in opposite directions on political issues. Mothers become more liberal and fathers more conservative with regards to government spending on social welfare issues like health care and education.

Researchers from North Carolina State U used data from the 2008 presidential election to evaluate the voting behavior of men and women with children living at home. The findings:

I mean, it wasn’t Father Jones, now was it?

The research was presented at the annual meeting of the American Political Science Association.