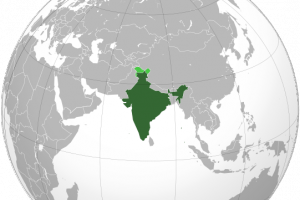 Few countries have as much to lose from global climate change as India. The nation’s water supply is largely dependent on rainwater from the Asian Monsoon and meltwater from Himalayan glaciers. Both are severely threatened in a changing climate.

Yet today Prime Minister Manmohan Singh said that India will not sacrifice its development for a new climate change deal in Copenhagen. Sadly, Singh is following a long line of short-sighted leaders failing to see that development will be not only arrested but reversed in the severe climate change scenarios looming if Copenhagen fails to yield a consequential decision.

In the next issue of MoJo, due on the stands in a few days, Bill McKibben writes that Copenhagen will be the most important diplomatic gathering in the world’s history. The truth is, few people are more dependent on its outcome than the people of India—the 1 in 7 on Earth who will suffer more than you and me—even though my country produced the majority of greenhouse gases plaguing the world now.

Why? Because 1.2 billion Indians are already living at the far edge of their nation’s ability to provide. There is not a molecule of buffer zone built into their supplies of water and food.

It’s unfair. India should not have to sacrifice its development because my country got its development. But planetary systems are dispassionate and indiscriminate. They will make India pay for problems India did not make.

So Singh can stubbornly say he will not sacrifice his nation’s economic development for a climate change deal in Copenhagen. But what he’s really saying to the people of India is: Screw you.

Meanwhile, TreeHugger reports that India’s Environment Minister, Jairam Ramash, is urging Singh to reduce national emission to COP15 without financial commitments and technological support from the US and other rich nations. Some in India see the future worth fighting for.

I’ve just returned from India, from that brief glorious moment when the monsoon switches off and the air is washed clean. But it only lasted 48 hours. The miles and miles of bumper-to-bumper coal trucks I saw snaking their way through the mountain roads of Meghalaya continued to deliver their loads. The people continued to burn this coal on their way to economic prosperity—to what may well rank as the shortest-lived economic prosperity in history. A glorious 48 hours of halcyon promise before the hammer falls.