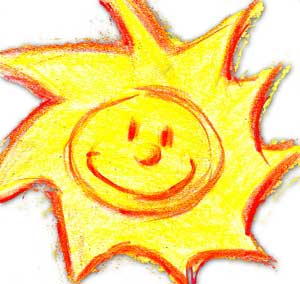 After losing several high-profile members over its climate policy, the US Chamber of Commerce spent much of this week attempting to convince the public that it does believe global warming is a serious concern that Congress should act upon. But in comments recently submitted by the group to the Environmental Protection Agency, the group advanced a very different view. In its submission, the Chamber questioned the science behind the phenomenon of climate change, suggested that humans are now less vulnerable to rising temperatures because of the growing use of air conditioners—and theorized that even if the planet is getting warmer, that might be a good thing.

The Chamber’s comment was submitted to the EPA on June 23 in response to the agency’s finding in April that carbon dioxide is a hazard to human health. The 86-page document is packed with claims that cast doubt on that conclusion. An excerpt:

The Administrator has thus ignored analyses that show that a warming of even 3 [degrees] C in the next 100 years would, on balance, be beneficial to humans because the reduction of wintertime mortality/morbidity would be several times larger than the increase in summertime heat stress- related mortality/morbidity.

The comment also takes aim at the EPA for relying on the research of the Intergovernmental Panel on Climate Change (IPCC), a massive, decade-long, peer-reviewed study by leading scientists of the effects of global warming. According to the Chamber, the EPA based their finding “entirely on untested scientific sources—mostly a U.N. report” and noting that “the science on which EPA proposes to rely raises questions on unprecedented controversy.”

It concludes: there are “profound and wide-ranging scientific uncertainties” about climate change and its impacts on health and welfare that are “vehemently controverted among scientists and technicians of numerous stripes.”

The Chamber also submitted a supporting document, “Detailed Review of EPA’s Health and Welfare Scientific Evidence,” that includes even more bizarre statements about climate change, including:

Humans have become less susceptible to the effects of heat due to a combination of adaptations, particularly air conditioning. The availability of air conditioning is expected to continue to increase.

Overall, there is strong evidence that populations can acclimatize to warmer climates via a range of behavioral, physiological, and technological adaptations.

[T]he scientific evidence is clear that cold is a more potent hazard than heat.

That sure sounds like a group with “mainstream, commonsense views” that has “supported efforts to reduce greenhouse gas emissions in the atmosphere.”