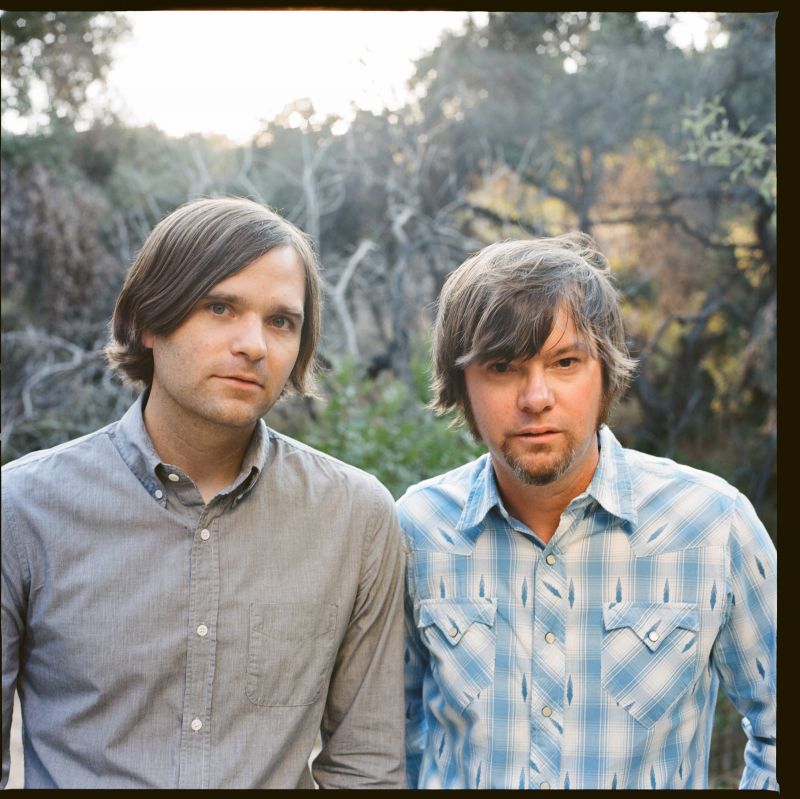 In writing the music for Death Cab for Cutie’s “Narrow Stairs” (2008), singer/songwriter Ben Gibbard holed up in a cabin in Big Sur, California, that was once owned by the poet Lawrence Ferlinghetti—and the place where Jack Kerouac wrote his lesser-known 1962 novel Big Sur. Kerouac’s pull evidently lingered with Gibbard. His latest project, released last week, is a soft, melodic collaboration with alt-country rocker Jay Farrar titled “One Fast Move or I’m Gone: Kerouac’s Big Sur.”

Far more melancholic than On the Road or The Dharma Bums, Big Sur describes a fictionalized (though clearly autobiographical) Jack; his flight from fame to the West, his alcoholism, and his ensuing breakdown. Musically speaking, Farrar and Gibbard’s interpretation is lighter than that, even as it pulls various lyrics straight from the text. And while the artists meld well in songs like “There Roads Don’t Move” and “Sea Engines,” the overall album feels like the work of two distinct artists.

Farrar, formerly of Uncle Tupelo (with Jeff Tweedy), infuses his unmistakable country influence throughout—the smoky voice, sad slide guitars, the spare blues riff in “Final Horrors,” a track that most resembles the fears and collapse of the novel’s broken protagonist. Gibbard, on the other hand, lends a lighter tone, especially when it’s contrasted with Farrar’s voice. If Gibbard’s singing is clear and bright, like a drive down Highway 1 as it hugs the Pacific Coast under a bleached blue sky, then Farrar’s is the city blanketed with fog, the mist clouding the streets and lights.

Even so, Farrar and Gibbard have created a wonderful collection of songs—simple yet lush, effortless-sounding yet well-crafted. And though the album was created and recorded in conjunction with a documentary about the novel, “One Fast Move…” never aspires to be a direct sonic translation. Instead, listeners get what Farrar and Gibbard felt with the book in their hands, and what those feelings begat in the recording studio. It’s not often that a talented duo takes up an undervalued but important piece of literature and finds music in it. For those who may try such a thing in the future, Farrar and Gibbard have set the bar high.