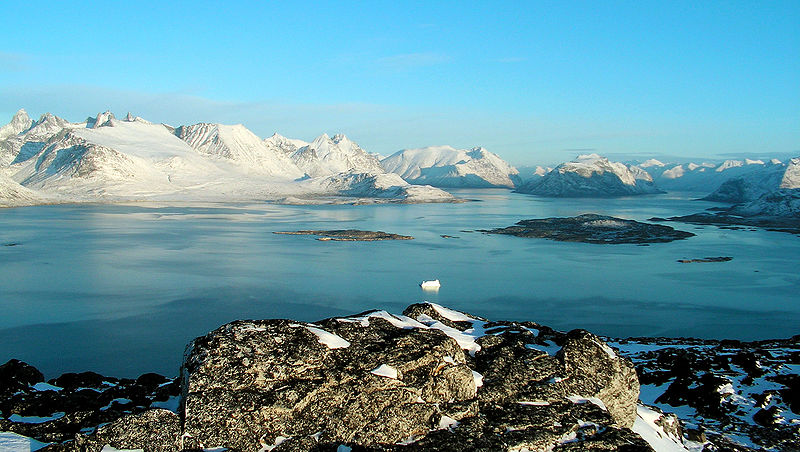 Just in time for Copenhagen, here’s another shot of data to bust the policy clots preventing a meaningful agreement. According to a new study in Science, the Greenland ice sheet is loosing mass at an accelerating rate. The reason is twofold:

Recent warm summers between 2006 and 2008 accelerated the loss, adding 0.03 inches to the global sea level rise a year.

Jonathan Bamber, an author on the paper, told the U of Bristol:

“It is clear from these results that mass loss from Greenland has been accelerating since the late 1990s and the underlying causes suggest this trend is likely to continue in the near future.”

Now combine the Greenland meltwater with melting elsewhere in the Arctic and, increasingly, the Antarctic, plus thermal expansion of the warming ocean… combine with my blog from yesterday—about Europe freezing over in the span of a few months the last time the Northern Hemisphere saw a vast dump of freshwater into the Arctic and North Atlantic—and, well, it could get Biblical on us.