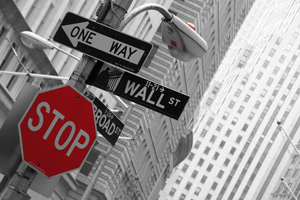 Q. This may sound Pollyannish, but while you have been interviewing the Wall Street chief executives for your book, did you ever get the sense that they felt responsible or remorseful for the damage they had done? Or for that matter, did they feel any gratitude toward the average taxpayer for saving them?

Much of the anger in the country could be abated with a simple “I’m sorry” and “Thank you for coming to our rescue.”

A. I must say that one of the frustrating parts of researching my book came when I finally got to ask the question of Wall Street chief executives and board members that you just raised: Do you have any remorse? Are you sorry? The answer, almost unequivocally, was no. (Or they just didn’t answer.) They see themselves as just one part of a larger problem, with many constituencies to blame.

Many of the most senior members of management on Wall Street now consider themselves “survivors,” as if they were cancer survivors or something. That’s the word they use. While many of them are self-aware enough to politely nod at the notion that they received help and were part of the problem, they seem reluctant to acknowledge they were “rescued” or “saved.” There are probably a few exceptions, so I shouldn’t paint them all with the same brush, but on the whole, that was the takeaway.

I recognize that that answer will only increase public outrage. But it is true.

David Corn asked a bunch of Wall Street CEOs this same question back in March, and got basically the same answer. David came away with the impression that “high finance means never having to say you’re sorry.” If we haven’t seen any remorse yet, we’re probably not going to see any going forward—the stock market has rebounded and risk-taking and bonuses are getting back to their pre-crash highs. I’d rather have real reform than an apology, anyway. I don’t think we’ll get either—But if we don’t get real reform, maybe the next crisis will be so bad that even trillions of government dollars won’t be able to stop the bleeding and CEOs will have to face the music. If that happens, I look forward to telling Ken Lewis and his ilk to go tell it to Timbaland.