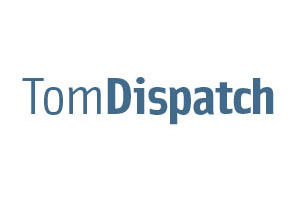 After all, the surge is already on. By the end of December, the first 1,500 US troops will have landed in Afghanistan, a nation roughly the size of Texas, ranked by the United Nations as second worst in the world in terms of human development.

Women and men from Camp Lejeune, North Carolina, will be among the first to head out. It takes an estimated $1 million to send each of them surging into Afghanistan for one year. So a 30,000-person surge will be at least $30 billion, which brings us to that $57,077.60. That’s how much it will cost you, the taxpayer, for one minute of that surge.

By the way, add up the yearly salary of a Marine from Camp Lejeune with four years of service, throw in his or her housing allowance, additional pay for dependents, and bonus pay for hazardous duty, imminent danger, and family separation, and you’ll still be many thousands of dollars short of that single minute’s sum.

But perhaps this isn’t a time to quibble. After all, a job is a job, especially in the United States, which has lost seven million jobs since December 2007, while reporting record-high numbers of people seeking assistance to feed themselves and/or their families. According to the US Department of Agriculture, 36 million Americans, including one out of every four children, are currently on food stamps.

On the other hand, given the woeful inadequacy of that “safety net,” we might have chosen to direct the $30 billion in surge expenditures toward raising the average individual monthly Food Stamp allotment by $70 for the next year; that’s roughly an additional trip to the grocery store, every month, for 36 million people. Alternatively, we could have dedicated that $30 billion to job creation. According to a recent report issued by the Political Economy Research Institute, that sum could generate a whopping 537,810 construction jobs, 541,080 positions in healthcare, fund 742,740 teachers or employ 831,390 mass transit workers.

For purposes of comparison, $30 billion—remember, just the Pentagon-estimated cost of a 30,000-person troop surge—is equal to 80% of the total US 2010 budget for international affairs, which includes monies for development and humanitarian assistance. On the domestic front, $30 billion could double the funding (at 2010 levels) for the Children’s Health Insurance Program and the Low Income Home Energy Assistance Program.

Or think of the surge this way: if the United States decided to send just 29,900 extra soldiers to Afghanistan, 100 short of the present official total, it could double the amount of money—$100 million—it has allocated to assist refugees and returnees from Afghanistan through the State Department’s Bureau of Population, Refugees and Migration.

Leaving aside the fact that the United States already accounts for 45% of total global military spending, the $30 billion surge cost alone would place us in the top-ten for global military spending, sandwiched between Italy and Saudi Arabia. Spent instead on “soft security” measures within Afghanistan, $30 billion could easily build, furnish and equip enough schools for the entire nation.

Continuing this nod to the absurd for just one more moment, if you received a silver dollar every second, it would take you 960 years to haul in that $30 billion. Not that anyone could hold so much money. Together, the coins would weigh nearly 120 tons, or more than the poundage of 21,000 Asian elephants, an aircraft carrier, or the Washington Monument. Converted to dollar bills and laid end-to-end, $30 billion would reach 2.9 million miles or 120 times around the Earth.

One more thing, that $30 billion isn’t even the real cost of Obama’s surge. It’s just a minimum, through-the-basement estimate. If you were to throw in all the bases being built, private contractors hired, extra civilians sent in, and the staggering costs of training a larger Afghan army and police force (a key goal of the surge), the figure would surely be startlingly higher. In fact, total Afghanistan War spending for 2010 is now expected to exceed $102.9 billion, doubling last year’s Afghan spending. Thought of another way, it breaks down to $12 million per hour in taxpayer dollars for one year. That’s equal to total annual US spending on all veteran’s benefits, from hospital stays to education.

In Afghan terms, our upcoming single year of war costs represents nearly five times that country’s gross domestic product or $3,623.70 for every Afghan woman, man, and child. Given that the average annual salary for an Afghan soldier is $2,880 and many Afghans seek employment in the military purely out of economic desperation, this might be a wise investment—especially since the Taliban is able to pay considerably more for its new recruits. In fact, recent increases in much-needed Afghan recruits appear to correlate with the promise of a pay raise.

All of this is, of course, so much fantasy, since we know just where that $30-plus billion will be going. In 2010, total Afghanistan War spending since November 2001 will exceed $325 billion, which equals the combined annual military spending of Great Britain, China, France, Japan, Germany, Russia, and Saudi Arabia. If we had never launched an invasion of Afghanistan or stayed on fighting all these years, those war costs, evenly distributed in this country, would have meant a $2,298.80 dividend per US taxpayer.

Even as we calculate the annual cost of war, the tens of thousands of Asian elephants in the room are all pointing to $1 trillion in total war costs for Iraq and Afghanistan. The current escalation in Afghanistan coincides with that rapidly-approaching milestone. In fact, thanks to Peter Baker’s recent New York Times report on the presidential deliberations that led to the surge announcement, we know that the trillion-dollar number for both wars may be a gross underestimate. The Office of Management and Budget sent President Obama a memo, Baker tells us, suggesting that adding General McChrystal’s surge to ongoing war costs, over the next 10 years, could mean—forget Iraq—a trillion dollar Afghan War.

At just under one-third of the 2010 US federal budget, $1 trillion essentially defies per-hour-per-soldier calculations. It dwarfs all other nations’ military spending, let alone their spending on war. It makes a mockery of food stamps and schools. To make sense of this cost, we need to leave civilian life behind entirely and turn to another war. We have to reach back to the Vietnam War, which in today’s dollars cost $709.9 billion—or $300 billion less than the total cost of the two wars we’re still fighting, with no end in sight, or even $300 billion less than the long war we may yet fight in Afghanistan.

[Note: Jo would like to acknowledge the analysis and numbers crunching of Chris Hellman and Mary Orisich, members of the National Priorities Project’s research team, without whom this piece would not have been possible.]