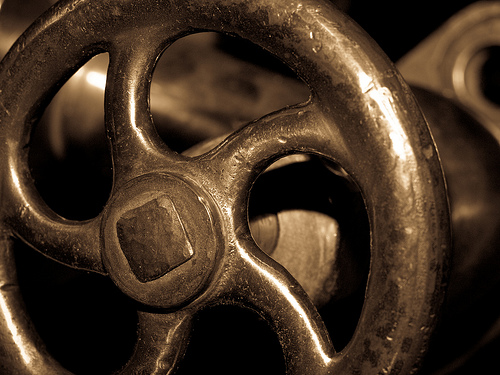 President of China Hu Jintao opened a massive 1,140-mile natural gas pipeline Monday that will directly connect China to gas reserves in central Asia for the first time, China’s official press agency Xinhua reports. Though Monday’s announcement was largely symbolic—culminating in Hu turning a ceremonial valve—the new pipeline has significant implications for China, as it now has an alternative to importing most its natural gas through Russia.

The pipeline connects Turkmenistan, Kazakhstan, and Uzbekistan to China’s western Xinjiang region and will eventually reach cities like Shanghai, Guangzhau, and Hong Kong. But it isn’t just an effective delivery system for up to 40 billion cubic meters of gas for 30 years (about half of what China consumes now): the pipeline represents a shift in Asian trade philosophy. Referencing the ancient Silk Road created in the Han Dyanasty to transport textiles, spices, and other goods throughout Asia, Kazakhstan President Nursultan Nazarbayev said the pipeline “symbolizes friendship and cooperation,” the Interfax news agency reported. Nazabayev appeared with Hu and other heads of state from Turkmenistan and Uzbekistan at Monday’s valve-turning ceremony.

But just because the new pipeline lets China import gas through countries other than Russia doen’t mean the Communist country, with its ever-growing economy and ever-expanding energy needs, isn’t interested in working with Russia. Two months ago, Russian Prime Minister Valdimir Putun and Chinese Prime Minister Wen Jiabao signed a $3.5 billion natural gas deal while Putin was visiting the country.