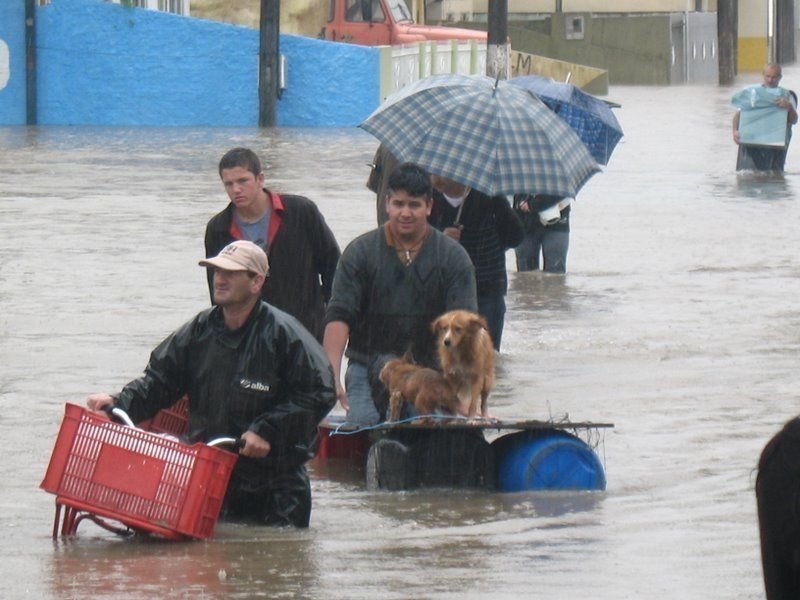 Take 100 of the world’s leading climate scientists. Have them work 20 state-of-the-art climate models. Include in those models the complex behavior of the Antarctic ozone hole and the most recent data on Antarctic ice loss. What do you get?

A prediction that sea ice around Antarctica could shrink 33 percent by 2100, causing a global sea level rise of 4.6 feet.

That’s a loss of one million square miles of ice, nearly equal to the size of India.

The predictions by the Scientific Committee on Antarctic Research are the first comprehensive review of Antarctic climate change over the long haul known as deep time.

Their analysis reveals that the ozone hole actually cooled Antarctica in the past 30 years by generating extreme winds that allowed sea ice to grow 10 percent.

When the ozone hole heals by the end of the century or thereabouts, the authors warn, Antarctica will suffer the full brunt of global warming, with temperatures rising as much as 5.4 degrees Fahrenheit.

In 2007 the IPCC predicted sea level rise of between 8 and 23 inches by century’s end. Two years later, based on what’s melting now, predictions once considered too extreme to be realistic are now looking likely.

(How much worse will things look two years from now?)

It’s interesting that this story has been all over the front pages of British newspaper websites and nowhere to be found on American. Instead, US news outlets are choosing to report as their big science story of the day a dubious study on the supposed contagiousness of loneliness. (New Scientist reminds us of a few other things supposedly contagious through social networks: acne, headaches, your height.)