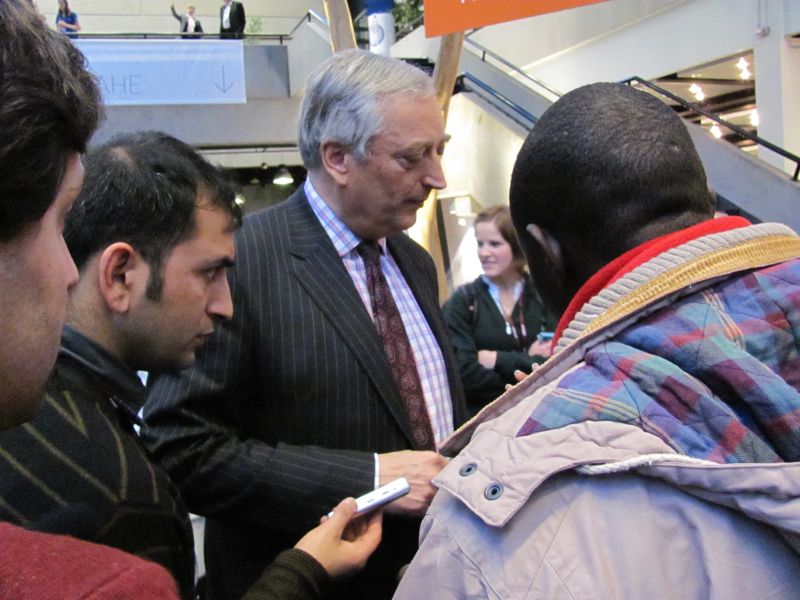 The Bella Center, the venue hosting the Copenhagen climate negotiations, is overflowing with advocates seeking action on climate change. But their opponents have turned out in force too. They’re a little harder to identify than, say, the activists walking around dressed as trees. But working the crowds are some of the biggest climate skeptics in the business. I spotted British climate change denialist Lord Christopher Monckton on Monday, surrounded by reporters. Leighton Steward, the retired oil executive who now heads Plants Need CO2, is also here.

There’s also the Committee for a Constructive Tomorrow, (CFACT) a.k.a. Climate Depot, which is run by Marc Morano, the former communications staffer for Sen. James Inhofe. CFACT has brought along Fred Singer, who runs the Science & Environmental Policy Project, a benign-sounding denier think-tank, and Steve Milloy, Fox News columnist and publisher of JunkScience.com. CFACT were also able to get credentials for the conference  as “a UN accredited NGO.” (CFACT, of course, spends a great deal of its time trashing the United Nations’ legitimacy.)

Americans for Prosperity, the fossil-fuel funded astroturf group, will be making an appearance. And the Irish filmmaker behind denialist doco Not Evil, Just Wrong, Phelim McAleer, is Tweeting live from the conference.

Other denialist luminaries expected to show up over the next week include Sen. James Inhofe and his “Truth Squad”, which will reportedly include Wyoming Republican Sen. John Barrasso. On Tuesday, a group of House Republican skeptics announced that they are making the trip to Copenhagen—including Rep. Joe Barton of Texas, Jim Sensenbrenner of Wisconsin, Darrell Issa of California and Marsha Blackburn of Tennessee.