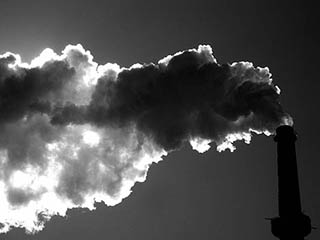 On and off for the past year we’ve heard statements about how the Environmental Protection Agency could really make an end run around Congressional inaction on climate and set a cap on carbon dioxide emissions though the Clean Air Act. Even Al Gore hinted at it during Climate Week NYC. Well now the Center for Biological Diversity and 350.org have petitioned the EPA to do just that.

PETA is one of the most controversial activist groups operating today. The group’s contentious media campaigns, undercover operations, infamous advertising, and high profile demonstrations have made them perhaps the most notorious–and most polarizing–nonprofit organization there is. But are they terrorists? According to the US Department of Agriculture, they are now.

A recent study by Mark Jacobson, a professor of civil and environmental engineering at Stanford University, and Mark Delucchi, a research scientist at the Institute of Transportation Studies at the University of California, Davis, claims that the world could get to 100% renewables by 2030. Considering the immensity of the scale the world’s power grids, nobody can’t fault these two for lack of vision. But it is realistic, or just something nice to dream about, but without much chances of actually happening?

Wal-Mart embodies truths and prejudices that reflect our consumer culture. They are a straw-man for a lot of what is wrong. But, especially in recent years, they are a powerful potential leader in trying to be right. Thanks to some networking by our fearless leader, Graham Hill, TreeHugger had an opportunity to speak at some length with Raul Vazquez, CEO of the growing eCommerce powerhouse walmart.com. We hear from his own mouth how walmart.com will implement the sustainability index being developed in cooperation with respected Universities and NGOs, whether walmart.com is out to take Amazon down, and how business on-line is developing for the retail giant.

One of the strangest things about the ongoing non-controversy over the hacked climate emails is that it’s revealed how irrational much of the thinking behind global warming denial really is. It’s always been understood that people have fundamental reasons for resisting the idea that man’s behavior is causing the climate to change—especially if they’re deeply comfortable with said behavior. But I hadn’t realized how many people actually—I mean really, truly—believe that climate change is a nefarious conspiracy concocted by elite liberals to… do what, exactly?