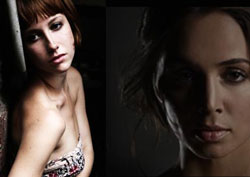 Fans of Joss Whedon‘s latest TV show have been inspired to do more than don Browncoats and sharpen Mr. Pointy. While much of the discussion around Dollhouse has revolved around whether the show damages Whedon’s feminist cred, some fans think that debate misses the real point of the show: to denounce human trafficking.

Not A Doll seeks “to inspire, to raise funds, and to organize” other Whedonites to bring attention to human trafficking:

…Joss Whedon’s Dollhouse has captivated and inspired us. It has moved us to tears and then spurred us to action. We may root for Echo and Sierra, Victor and November, but what of the countless, the nameless, the real ones? This site is for them.

With its zenly beautiful aesthetic (kind of like the show’s set), the site offers six ways to get involved, three of which have to do with techy charitable giving (donating old electronics, or making your search engine clicks count), and all of which are tied to the show’s plot. Some parallels between the show and real world action work better than others: “Contact the Sentator Perrins of the World” makes a lot of sense, but “Become a Handler,” which suggests ways to protect your children from kidnapping, is a bit of failed metaphor (in the show the “handlers” play both a parental and pimp-like role).

2009 will be Dollhouse‘s final season. But if the show’s devotees are anything like their Browncoat counterparts, this just might inspire some real-life change.